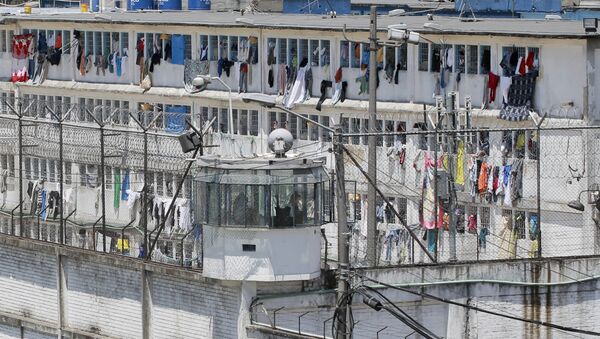 Seven prison guards were among those injured in the riot, two of whom are in critical condition, according to the country's justice minister.

Twenty-three inmates were killed and 83 injured after a riot broke out in a prison in the Colombian capital Bogota over poor sanitary conditions amid the outbreak of the coronavirus, the justice minister revealed on Sunday.

Riots swept across a number of prisons in Bogota, in some of which inmates started fires, activating the alarms for possible prisoner escapes.

​In a press release, the National Prison Movement rejected the confinement measures and precarious conditions for inmates taken by the government of Colombia and described the actions taken by the National Penitentiary and Prison Institute (INPEC) in charge of controlling the prisons as ineffective.

As of now, 231 people have contracted coronavirus in the Latin American nation, while the death toll stands at 2.