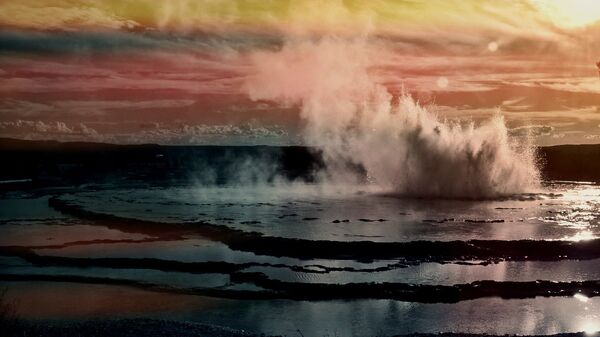 CC0 / /
Subscribe
International
India
Africa
The 3,472 square mile park known for its wildlife and geothermal features is located in the western United States, with parts of it in the states of Wyoming, Montana, and Idaho. However, the geological activity in one area has puzzled experts for years.

An area the size of Chicago in Yellowstone National Park has been "breathing" in and out for decades due to magma intrusion, that’s according to a recent study published in the Journal of Geophysical Research: Solid Earth. A team of scientists from the US Geological Survey has for years tried to solve the mystery behind the deformation of the Norris Geyser Basin, the hottest one in the park. 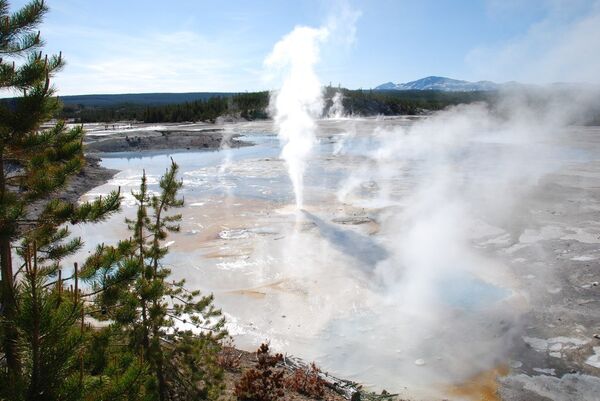 Beneath Yellowstone National Park there is a supervolcano, which scientists say last erupted about 640,000 years ago. However, analysis of satellite-based radar and GPS data has led researchers to believe that magma is still flowing beneath the surface and is responsible for these "breathe in and out events".

"Modeling suggests the 1996–2004 uplift was caused by an intrusion of magma about 14 km beneath Norris[Geyser Basin]. When magma intrudes the crust it cools, crystallizes, and releases gases that had been dissolved in the melt. Gas escape lowers pressure in the magma, causing the surface to subside. But rising gases can become trapped under an impermeable layer of rock, causing the kind of rapid uplift seen at Norris from late 2013 until the [magnitude] 4.9 earthquake in March 2014", said Dan Dzurisin, one of the study's authors.

Researchers say that following a pause in 2014, the area began to rise again in 2016 and did so until 2018. The results of the study have led scientists to believe that magma intrusion is also behind the rise in activity of the Steamboat Geyser. Last August, it broke a record when it erupted for a 33rd time.