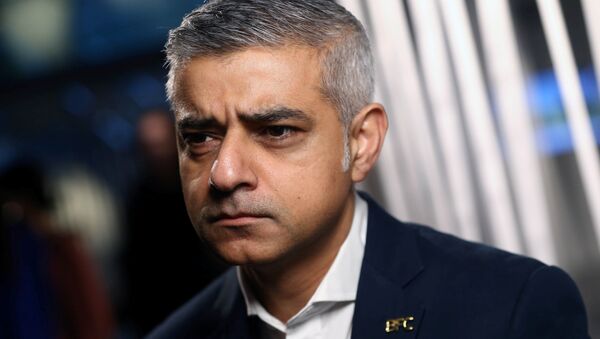 UK Prime Minister Boris Johnson on 20 March instructed all public institutions and places of gathering to shut their doors due to the coronavirus outbreak in the country.

London Mayor Sadiq Khan has said in a statement that people should stay indoors to "protect the ones they love" amid the coronavirus pandemic.

"I am clear, life has changed and we have to do things differently for a while now. Social interaction will spread the virus. Do shopping for elderly neighbours, only buy what you need", he said on the Andrew Marr Show this morning.

Khan continued on by saying that people need to practice social distancing for their "vulnerable loved ones" and added that if they don't, then people "will die".

The mayor also stated he was not allowed to attend Cobra meetings.

"My frustration with government is that only last Monday they allowed me to attend Cobra, things are worse in London if we don’t keep our social distance people will die. I’m working from home and others should too", he added.

When asked about the possibility of police and the army patrolling the streets of London in order to send people home or even fine them, Sadiq Khan said: "The emergency bill that is going to go through parliament next week is going to give the police powers to enforce the law. This is an extraordinary time that needs extraordinary measures. We've got to do whatever it takes for people to keep their distance".

Khan also criticised people who were ignoring the government's pleas to stay indoors and taking to the streets and parks for walks.

"There are instructions and rules we need to obey to stop people dying. Making sure there is no confusion or mixed messages, people should not be leaving their homes unless they have to, they can walk dogs or exercise, but mixing socially leads to more people dying", he said.

On 19 March, Boris Johnson outlined a three-month timescale to turn the tide on the spread of the coronavirus in the UK before ordering schools and universities to be closed.

The prime minister also urged all public institutions and places of gathering to close their doors due to the coronavirus outbreak in the country.

The World Health Organisation said last week that the coronavirus' epicentre had shifted from China to Europe, with Italy, Spain, Germany, France, Switzerland, and the United Kingdom all being among the top 10 most affected countries.

So far, the UK Department of Health and Social Care has confirmed 5,018 cases of COVID-19 in the country and 233 fatalities.