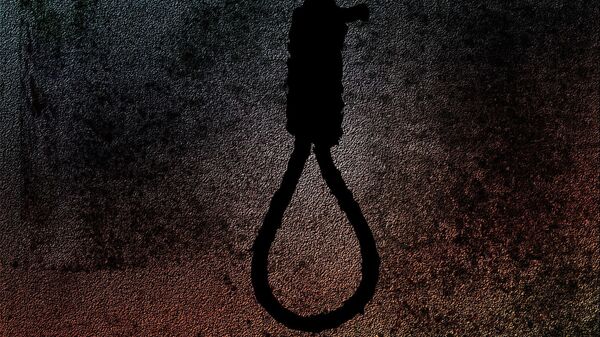 New Delhi (Sputnik): A paramedical student was gang-raped and brutally assaulted by six men on a moving bus in the late evening of 16 December 2012. The young woman, who later came to be known as Nirbhaya or fearless (not her real name), later died in a Singapore hospital, where she was taken for specialised treatment.

As India woke up on Friday, the four convicts of the brutal gang-rape and murder case - Akshay Thakur, Pawan Gupta, Vinay Sharma and Mukesh Singh, were sent to the gallows in the Tihar central jail in the national capital.

In total, six perpetrators were arrested in the case. However, one of the accused committed suicide while in jail during the trial, and the sixth, a juvenile at the time of the crime, was released after he had served three years in a reform facility.

The hanging took place after a seven-year legal battle. The four convicts were initially sentenced to death by a trial court on 13 September 2013, which was later confirmed by the higher courts. Mercy petitions submitted on their behalf were subsequently rejected by the president of India.

Since then, the convicts have tried every legal option to escape the gallows till Thursday (19 March) night, but the court rejected all arguments and held that the death sentence of the four convicts had attained finality.

The four were all charged with murder, gang rape, attempt to murder, kidnapping, unnatural offenses and dacoity.

The four were ordered to be hanged on 22 January but were stayed twice on one count or another, before the final death warrant for Friday.

The infamous incident happened on the late evening of 16 December 2012 while the female victim was returning home with her male friend from a shopping mall. While the woman was gang-raped and brutally assaulted on a moving bus, her male friend was thrown out.

The incident triggered large-scale protests in Delhi, with thousands laying a siege at Vijay Chowk in the central vista in front of the offices of the Indian president, prime minister and several key ministers.

Meanwhile, many people gathered outside the Tihar jail in Delhi before the execution.

The #nirbhayaconvicts were hanged at 5:30 AM at #TiharJail in Delhi.

A woman named Zoya Khan says women will be less likely to be raped now because people will have the threat of punishment before committing such heinous crimes. "Men will be scared now and that is important," she said.

Final message of the #execution of #NirbhayaCaseConvicts for public after eight-year long battle. pic.twitter.com/PeG5cQEa2f

​​"Nirbhaya has got justice today and it is a good thing because their (rape convicts') pleas have been rejected many times before, a lot has happened," a man outside the prison said. "Justice has been imparted. Imagine what her parents have gone through," he added.

Nirbhaya's mother said on Friday that "today's dawn will be a new dawn as my daughter will get justice. It will also be a new dawn for the daughters of India". The father said that he and his wife both haven't slept a wink, awaiting justice.

​Friday’s death sentence was the second in recent years on rape charges. India has carried out only four death sentences in the last 16 years – three for terrorism while the last one in 2015 was for raping a minor.