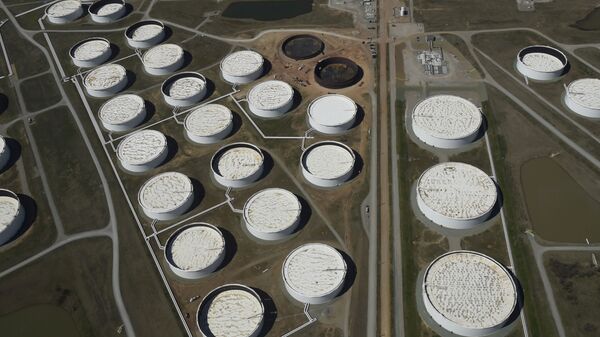 Ilya Tsukanov
All materialsWrite to the author
The Trump administration cancelled plans to sell off a portion of the country's emergency oil reserves earlier this month as OPEC+'s failure to reach an agreement on production cuts amid coronavirus fears prompted crude prices to nosedive.

The US Department of Energy has announced plans to purchase 77 million barrels of oil on the domestic market to shore up the country's strategic reserve, including an initial purchase of 30 million barrels in the immediate future.

"DOE is moving quickly to support US oil producers facing potentially catastrophic losses from the impacts of COVID-19 and the intentional disruption to world oil markets by foreign actors," Energy Secretary Dan Brouillette was quoted as saying in a press statement on the department's website.

The initial 30 million barrel purchase is expected to pay special focus to small and medium-size US producers, the department press release notes. The next step is said to be tapping Congress to approve the purchase of an additional 47 million barrels of oil.

"The [Strategic Petroleum Reserve] is mission-ready to receive up to 685,000 barrels per day," Assistant Secretary for Fossil Energy Steven Winberg was quoted as saying. "With its extensive storage, pipeline and maritime infrastructure along the Gulf Coast, the SPR will help relieve oil-related disruptions to our economy," he said.

Deliveries of the initial 30 million barrel purchase are expected to start as soon as early April, although the department expects much of the supplies to begin arriving in May and June, accounting for logistics.

With a breakeven price of as much as $68 per barrel, US shale oil has been hit harder than most other major producers by the recent downturn in prices. At the same time, oil and gas account for about 7 percent of the country's GDP, with over 10 million Americans depending on the energy sector for jobs.

President Trump ordered for the US's strategic oil reserve to be filled "up to the top" last week, cancelling earlier plans to sell off part of the rainy day supply. Washington announced an $800 billion+ package of measures Monday to deal with the economic impact of the coronavirus outbreak, with the measures including a payroll tax holiday, filling up the SPR, and other initiatives. On Sunday, the Federal Reserve cut interest rates and began buying up bonds and turning on the dollar printing presses to shore up cash flow and liquidity. 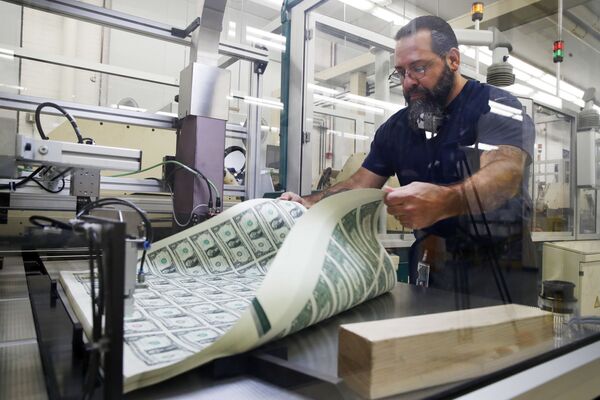 FILE- In this Nov. 15, 2017, file photo, a worker aerates printed sheets of dollar bills at the Bureau of Engraving and Printing in Washington.
© AP Photo / Jacquelyn Martin

Oil prices have continued to plummet into this week following the March 6 OPEC+ meeting in Vienna which sparked the crash. On Wednesday, the WTI benchmark futures fell to as little as $25 per barrel, while Brent slipped to below $27, their poorest showings since the early 2000s.

OPEC+ failed to reach agreement amid a Saudi push to raise production cuts by 1.5 million barrels per day (bpd) through the end of 2020, on top of the 2.1 million bpd in cuts already agreed upon. Russia did not agree to the additional cuts, prompting Riyadh to unleash a price war, offering discounts for April futures and announcing an increase in production of several million bpd.

The oil price fears, combined with growing market panic over the impact of COVID-19 has led market analysts to predict a global recession starting later this year.