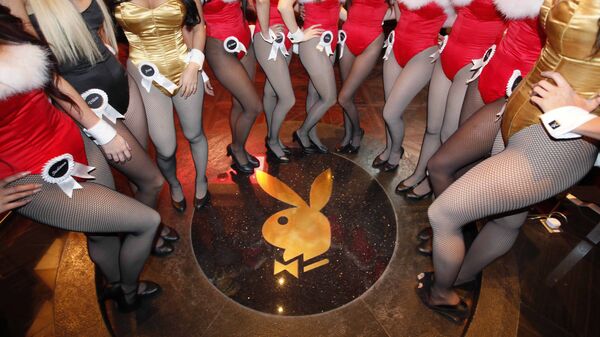 The ongoing pandemic, which has stressed global supply chains, has dealt another blow to Playboy’s crumbling empire, which has been shrinking for years due to digital competitors.

For the rest of the year, newsstands will be stripped of one of its most iconic entries: Playboy magazine.

Ben Kohn, the chief executive of Playboy Enterprises, wrote in a blog post on Wednesday that the magazine’s Spring 2020 issue will be its final printed publication this year.

“Last week, as the disruption of the coronavirus pandemic to content production and the supply chain became clearer and clearer, we were forced to accelerate a conversation we’ve been having internally: the question of how to transform our US print product,” he said.

Kohn promised that printed editions will return next year, but Playboy will pursue “a digital-first publishing schedule” next year for all of its content, including interviews, the question-and-answer format 20Q, the Playboy Advisor column, and Playmate pictorials.

Since its foundation by Hugh Hefner in 1953, Playboy has become a part of American pop culture and arguably the world’s most recognisable pornographic brand.

At its peak in the ‘70s, Playboy sold over seven million copies a month and generated $12 million in revenue (that’s more than $70 million today). However, the arrival of competitors on the adult entertainment market, the changing social and cultural climate, and a somewhat weak response to the Internet boom have seen its circulation shrink over the past decades to just a few hundred thousand.

Playboy had been considering suspending its print edition for years before the coronavirus outbreak; it cut back to six issues a year in 2017 and to four issues in 2019.

In 2016, the magazine stopped running pictures of naked women online and in print and went  PG-13, but the experiment was declared floppy the following year and the nudity “passé” was dropped.

Playboy’s focus on the digital realm appears to have yielded some results, meanwhile: according Ben Kohn, in the past six months, its Instagram audience grew by four million and its engagement on social media by half, while digital video subscriptions rose by almost a third year-on-year.