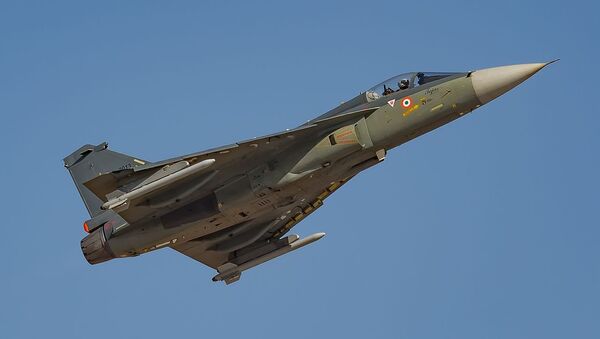 New Delhi (Sputnik): The Indian Air Force (IAF) has gradually been phasing out its MiG-21, and MiG-27 fighter aircraft and replacing them with newer aircraft including advanced version of the domestically produced Tejas fighter jet.

A day after a fully loaded Tejas took its maiden flight in Bengaluru, the Indian defence ministry approved the procurement of 83 advanced Mk1A version of the aircraft. The decision was taken during a high level meeting of the Defence Acquisition Council chaired by Defence Minister Rajnath Singh on Wednesday.

“While orders of 40 Tejas aircraft had been placed with Hindustan Aeronautics Limited (HAL) in initial configurations, the council paved the way for procurement of 83 of the more advanced Mk1A version of the aircraft from HAL by finalising the contractual and other issues,” a statement issued by the defence ministry reads.

Emphasising the importance of the light combat Tejas, the defence ministry said that it is going to be the backbone of Indian Air Force. Currently, the Indian Air Force has shortage of around 300 fighter jets.

The Indian government plans to export the advanced version of Tejas to Malaysia and some African countries.

India has spent around $1.6 billion on the development of Tejas and the Kaveri engine for the jet. The Tejas programme has been running for 36 years.