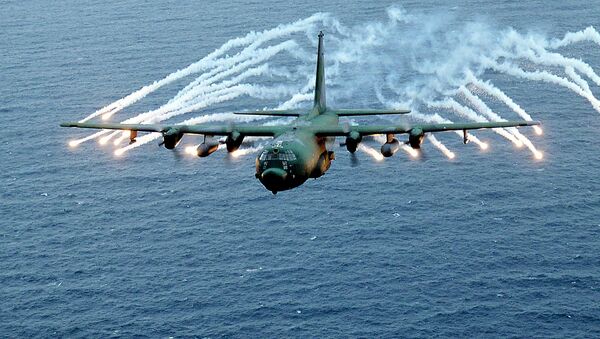 In its latest display of force, the US Navy conducted a live-fire drill off Iran’s coast in which AC-130 gunships practiced blasting away small patrol vessels like those used by the Islamic Revolutionary Guard Corps (IRGC).

During the drills on March 8 and 9, a US Navy P-8A Poseidon naval patrol aircraft coordinated attacks by AC-130 gunships for the first time against simulated small, hostile ships. The aircraft is typically used to pound land targets and has seen heavy action in the wars in Iraq, Afghanistan and Syria.

In a grainy video shared by the Navy, the AC-130W “Stinger” II, based on the C-130 Hercules transport, can be seen blasting away at a “killer tomato” inflatable gunnery target. 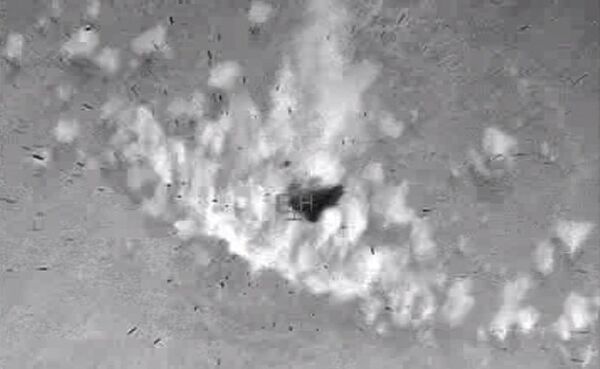 “Our surface forces integrating with aircraft that have the firepower of an AC-130W brings a capability to the joint force that profoundly enhances our lethality in the maritime environment. The addition of the Gunship to the joint maritime battle significantly enhances our ability to detect, track, engage and defeat surface threats in order to control water space in the Arabian Gulf,” Capt. Peter Mirisola, commander of Destroyer Squadron 50/Combined Task Force 55 (DESRON 50/CTF 55) which took part in the exercise, said in a news release via the Pentagon’s Defense Visual Information Distribution Service (DVIDS).

“The effectiveness of this joint capability to conduct maritime strike, reconnaissance and armed overwatch was clearly displayed during this live-fire event,” Mirisola said.

Vice Adm. Jim Malloy, commander of US Naval Forces Central Command in Bahrain, told DVIDS the fleet has “effectively employed similar joint capabilities in the past to counter belligerent forces that attempt to disrupt or hinder the free flow of commerce and freedom of navigation in this region using force, or attack US, coalition, or partner forces in a conflict,” a clear reference to Iran’s elite IRGC, which has seen more than one tense situation with American forces in the region in recent years.

As the US has pressed Tehran with “maximum pressure” sanctions and posturing that has come perilously close to war, the IRGC has emphasized its ability not only to close the narrow straits of Hormuz and Bab el-Mandeb, but also to strike US naval forces in the region.

Earlier this year, Sputnik reported that satellite images showed Tehran was rebuilding a mock aircraft carrier similar in size and design to the US Navy’s huge warships after having heavily bombarded it in 2015. Experts suggested the ship would serve not only as target practice for new Iranian cruise missiles and for the IRGC’s fleet of small, fast-attack boats, but that the drill would also send a message to Washington, which has two aircraft carriers deployed to the region.