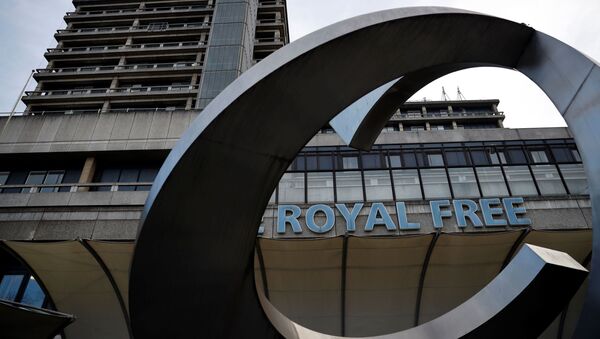 Tommy Sheridan
All materials
Mainstream media outlets and the mealy-mouthed politicians they manipulate like puppets are determined to suspend partisan comments in relation to the readiness of our public services and economic infrastructure to cope with the current coronavirus crisis. We must all pull together they say and park political differences for the good of the nation.

That was the tenor of Health Secretary Matt Hancock’s presentation when he appeared on BBC’s Andrew Marr show today as he mimicked Johnson’s “national challenge” call of a few days earlier. The discredited and declining British nationalist tribune, The Sun, suggested Johnson was “evoking blitz spirit” as he spoke about his government’s plans to conquer coronavirus last week.

I refuse to be muzzled in my fierce criticisms of ten years of Tory imposed austerity and grotesque mismanagement of the economy just because the coronavirus crisis actually exposes the desperate folly of their public service and welfare slashing cutbacks.

The Tories lied ten years ago when they started their austerity war against the poorest and the public services we all rely on as they suggested we were “all in it together”. We weren’t. Millions of citizens were forced into poverty and the army of ‘working poor’ was expanded to over nine million as reduced employment protections and subsequent lower wage rates was encouraged by millionaire politicians anxious to see their big business pals looked after. Tax cuts for millionaires on the one hand alongside punitive bedroom taxes for the poor and disabled on the other wasn’t enough. Contracting out of services was promoted across public services and zero-hours contracts were encouraged in the scramble towards more ‘flexible employment’.

Now we have a public National Health Service at breaking point and woefully unprepared for a health crisis like coronavirus. The UK has fewer doctors and nurses per head than almost any developed country. It ranks second-worst with only 2.8 doctors and 7.9 nurses per 1,000 populations - both well below the average for the 21 countries that were recently analysed. The average number of doctors per 1,000 populations is 3.6, with Austria having 5.1, and the average number of nurses is 10.1. Switzerland has 18 nurses per 1,000 people - more than twice as many as the UK.

The number of hospital beds in general is amongst the lowest in the G7 countries and the availability of Intensive Care Unit (ICU) beds, vital to treat coronavirus victims properly, is pathetically inadequate.

England currently has one of the lowest levels of hospital beds per 1,000 people ratio at only 2.3 per thousand according to the OECD. This compares unfavourably with 13 per thousand in Japan; 12 in South Korea; 8 in Russia and Germany; 6 in France; 4.5 in Switzerland; 4.3 in China; 4.2 in Scotland, 3.8 in Australia; 3.6 in Italy; 2.97 in Spain; 2.96 in Ireland; and 2.77 in the US. Despite a universally free at the point of use National Health Service England has fewer hospital beds per thousand of the population than even America with a chaotic and unfair private health service!

According to the Organisation for Economic Co-operation and Development (OECD), the UK has just 6.6 Intensive Care Unit beds per 100,000 people, compared with Germany's 29.2, Italy's 12.5 and France's 9.7.

Almost eighty per cent of the UK’s 4,000 intensive care beds are currently occupied, according to the OECD figures aforementioned. Once all hospitals start taking patients suffering from coronavirus the NHS will be forced to cut back on various types of surgery and treatment to relieve a little pressure on intensive care. But there is clearly a limit to how many patients can be admitted into intensive care. The way Hancock nonchalantly admitted ‘routine’ operations would inevitably be postponed made me angry. People who have already been waiting much longer than the target waiting times for replacement knees and hips to alleviate daily pain and discomfort will now be condemned to suffer even longer.

The NHS is under much more pressure than it was 10 years ago due to a decade of Tory austerity policies. Key waiting-time targets are being missed across the UK, while record numbers of seriously ill patients are ending up on trolleys stuck in corridors because there are no beds available. Staffing vacancies are also high - one in 12 posts was unfilled in England in 2018 and the service was described as ‘dangerously short of 100,000 staff’ only two years ago.

Just because the whole of the UK now faces a serious coronavirus crisis people must not flinch from pointing out that the reason the NHS is so ill-equipped to deal with it is the record of cold, cruel and callous health, social care and other public service cutbacks by the Tories over the last ten years.

Similarly the new government advice to workers who feel unwell over the next few days to immediately ‘self-isolate’ will sound hollow and shrill to those millions not eligible for Statutory Sick Pay (SSP) because they are not classed as ‘employees’ due to their zero hours, part-time, and/or low paid status.

Workers without contracts of employment do not qualify for SSP and those on contracts but earning less than £118 per week are also not eligible. However, even those who do qualify for SSP but stuck in a financial bind working paycheque to paycheque to manage bills due to ten years of falling living standards will be unable to survive on the meagre £94.25 a week SSP.

Those experiencing a new persistent cough, or fever should immediately stay away from work for a minimum of 7-14 days before seeking medical examination if there is no improvement. But when you are already on the breadline and desperate not to miss rent or mortgage payments you are unlikely to do the right thing. This is another shameful legacy of ten years of Tory misrule.

We Need Emergency Legislation to Expand and Improve SSP

Hancock on the Andrew Marr show talked about ‘emergency legislation’ being in the pipeline to forcibly arrest and quarantine anyone with coronavirus symptoms but not self-isolating but where is the ‘emergency legislation’ to immediately include all workers, with or without contracts or paid less than £118 per week, in the SSP eligibility status and an uprating of that payment to at least the level of average weekly pay?

Workers will act responsible and self-isolate when they are exhibiting symptoms of coronavirus but only when it is financially affordable for them to do so. Those already on the breadline simply cannot afford to put themselves in a position where their families will financially suffer more.

The recent budget announcements of new cash for NHS funding is of course welcome but it is still too little and far too late. Government exhortations to workers who are self-employed, low paid and surviving on zero-hours contracts will be vacuous hot air without a radical financial package to address the Statutory Sick Pay scandal. It is already woefully inadequate and lower than most European countries so it must be both up-rated and expanded in scope to include all workers. The broken SSP system should have been fixed years ago. It must be fixed now.

Collectively as a society we can get through the coronavirus health scare but it will be in spite of the Tory government’s actions, not because of them. They stand exposed as criminally negligent for the inadequacies within the health service and the scandal of the growing army of zero-hours working poor who feel unable to take time off work for fear of letting their families down. We must all stick together through this crisis and help each other, particularly our elderly citizens, but never forget, or forgive, the Tories for years of callous, irresponsible, unnecessary and counter-productive austerity cuts that left us with a damaged health and care system and millions too poor to put their health first.