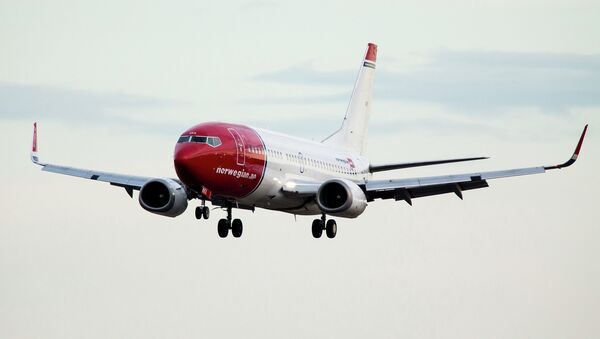 At the same time, devastating economic consequences have been predicted, as hundreds of thousands of jobs are expected to disappear in Norway alone as a result of the virus outbreak.

Norway will close the border for foreigners without a residence permit in Norway to contain the coronavirus epidemic.

“We close the ports and airports and want to have strict control over our borders”, Prime Minister Erna Solberg told national broadcaster NRK.

At the same time Solberg emphasised that Norwegians stranded abroad should of course be able to return to Norway.

“They are not closed completely, for Norwegians and others who must be able to land here, but it is an expulsion instruction for people who come here and do not have a special need to be here”, Solberg explained.

The government also asked for assistance from the Civil Defence and the Home Guard to enforce border control. The measure will take effect starting Monday.

This past weekend, Danish Prime Minister Mette Frederiksen also announced a closure of national borders, including the land border in Southern Jutland, the Øresund Bridge and ferry connections to the neighbouring countries Scandinavian, as well as airport connections to the whole world.

In many border crossing points, both the police and the military will be present to maintain a strict border control over the next month.

Those who aren't Danish citizens and lack a worthy purpose, will be rejected at the border. For instance, visiting a family member or a friend for no urgent reason, doesn't count as a valid purpose, and nor does tourism.

“Closing the borders of a country makes many things very difficult for companies. Especially for the industry that has not been so affected otherwise. It will be harder for them to get components to the country, although the border is still basically open to such. Border control will delay transports and make it more difficult”, Schrøder ventured.

Norway Imposes 'Strictest Measures Since WWII' to Quell Coronavirus Outbreak
Meanwhile, Norwegian Enterprise Federation (Virke), which organises 49 percent of the country's workforce, asked the government to “bring out the bazooka” to remedy the situation for businesses. According to Virke, nearly 100,000 jobs are already closed or about to close. In the future, more than 405,000 may disappear in a nation of 5.3 million, according to Virke.

Now there are almost 1,000 infected and two dead in Norway, and the prime minister sends his thoughts to the families and relatives.

As of today, Norway has almost 1,000 infected and two dead.

In Denmark, there are 864 infected and one dead.