Indonesia Has Not Officially Refused to Buy Russian Su-35 Fighters 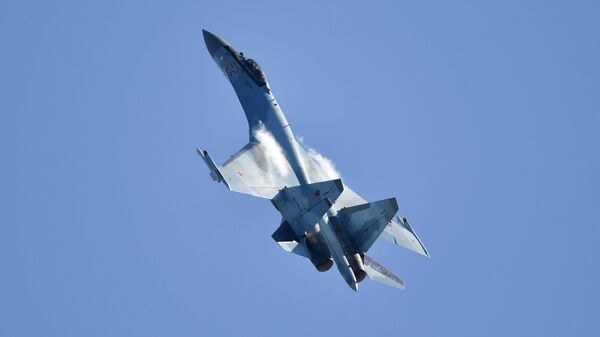 "There is no official refusal, no one sent us any papers in this regard and did not verbally informed us, so I think this is poorly verified information. We hope that this contract will be implemented, especially since Indonesia is interested in acquiring this aircraft," Shugaev said in an interview with Rossiya 24 television aired on Monday.

The Bloomberg news agency’s earlier reported, citing sources, that Trump administration had forced Indonesia to abandon the deal. The amount of the contract concluded in 2018 is more than a billion dollars, providing for the supply of 11 aircraft.

Russia and Indonesia have agreed on the sale of 11 Sukhoi aircraft, with the contract valued at $1.154 billion. However, the deal could fall under CAATSA, which may lead to Washington imposing sanctions on Jakarta as a result.

In 2018, then US Secretary of Defence James Mattis asked congressmen to grant a waiver to India, Indonesia and Vietnam allowing them to make deals with Russia without the threat of being subject to American sanctions.