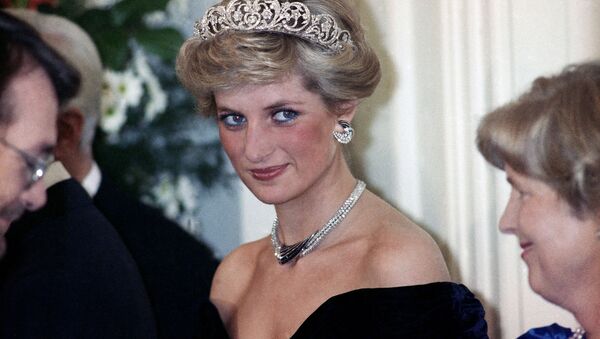 © AP Photo / Herman Knippertz
Subscribe
The Princess of Wales was killed in a car crash in the Pont de l’Alma tunnel in Paris in 1997 along with her boyfriend Dodi Fayed and the driver. The initial French investigation concluded that the driver was responsible for the tragic incident. Dodi Fayed’s father claimed the couple was murdered as the crash was planned.

A French report on Princess Diana’s death may be kept secret until 2082 due to an "obscure rule", the Daily Star reported. According to the newspaper, the French authorities cited Article L.212-2 of the country’s heritage code, which states that certain documents should be kept secret from the public for 75 years from their completion date. The investigation was finished in 2007.

A source, who had viewed part of the investigation dossier, told the Daily Star the decision "stinks of cover-up and conspiracy at the highest level and is typical of French bureaucracy".

The newspaper stressed that it had requested access to the papers for several month, but was denied. It is understood, the Daily Star writes, that French authorities may review a decision to release the investigation, meaning it could be kept secret forever.

According to the newspaper, in 2007 when the investigation was completed French authorities claimed that it was lost. This happened weeks ahead of Britain starting its own inquest into the death of the Princess of Wales. "It is scarcely believable that such crucial evidence could be lost just weeks before the inquest", said a British lawyer working on the Diana inquest in 2007.

The tragic death of the Princess and her boyfriend Dodi Fayed prompted numerous conspiracy theories. Many of them claim that Diana was murdered as senior members of the royal family were opposed to her potential marriage to a Muslim. 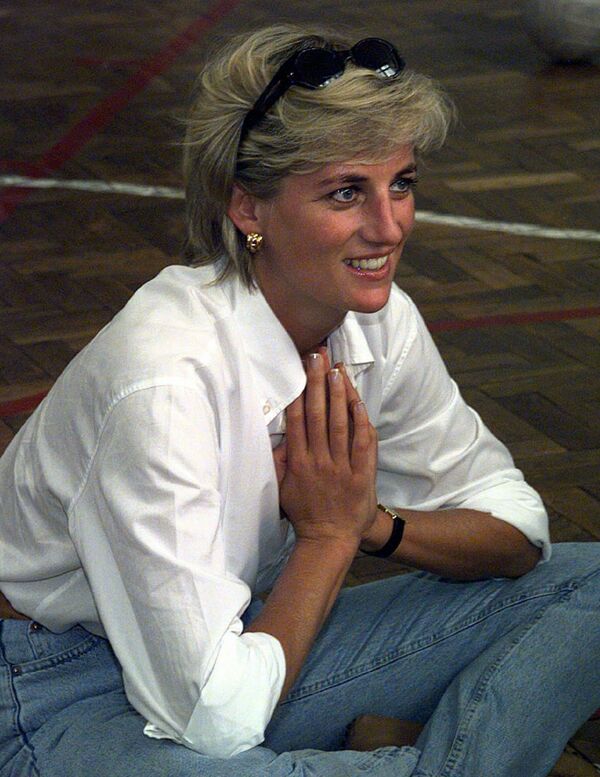 Diana, Princess of Wales, sits and chats to members of a Zenica volleyball team who have suffered injuries from mines, during her visit Saturday, August 9, 1997. The team members play by sitting on the floor and moving about the court on their arms. Diana is on the second day of a visit to Bosnia Herzegovina, aimed at publicizing her campaign to ban land mines.
© AP Photo / Ian Waldie

Supporters of conspiracy theories cite the unusually long time it took French ambulances to rush the Princess to a hospital and the quickness with which authorities cleared the crash scene.

The claim that Diana and Dodi Fayed were murdered is supported by Dodi’s father Mohamed Fayed, an Egyptian businessman and billionaire. He claimed the crash had been planned by Britain's MI6 and Prince Philip. He also disputed the results of the initial investigation that the driver of the Mercedes the Prince and Dodi were travelling in was intoxicated. The UK inquest into the accident attributed the crash to negligent driving and the paparazzi, who forced him to speed in the tunnel.

In 2008, Mohamed Fayed announced that he would end his campaign to establish the real cause of the tragedy for the sake of Princess Diana's children – Prince William and Prince Harry.