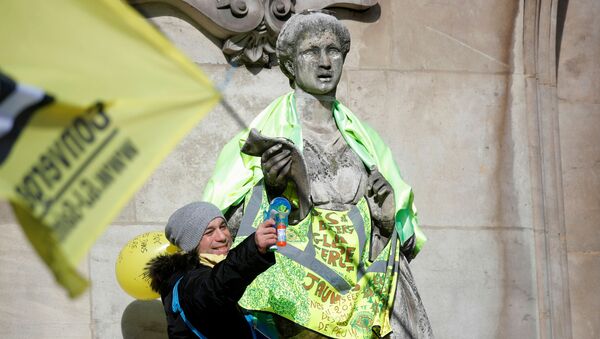 Subscribe
The upcoming municipal election in France is scheduled to take place on Sunday followed by a second round that is slated to take place a week later, on 22 March.

Yellow Vests demonstrators are gathering in the French capital Paris in the lead-up to the first round of France's municipal election.