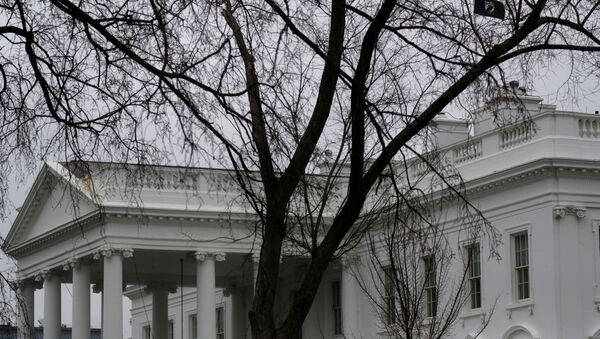 © REUTERS / Leah Millis
Subscribe
A retired and declassified Soviet-Russian intelligence officer, Yuriy Shevchenko, described in detail for journalists how he managed to get a number of sensitive files in the 1970s that were related to the functioning of the US presidential administration, the Department of State, Central Intelligence Agency (CIA) and NATO.

"I was given the direction of my work: the main enemy (the US) and NATO... The scale of the task describes that it was necessary to take under control the presidential administration, the CIA, State Department, the FBI and the NATO headquarters", Shevchenko said, cited by the Russian historical outlet Vorontsovo pole.

Shevchenko, however, is still not allowed to disclose all of the details of missions he accomplished during that period.

"I'll skip the details and sum up: the only thing I didn't get around to was the FBI. I took control of all the others. And I received classified documents - some 300 volumes of archives - with a stamp "top secret" and with the stamp "cosmic", Shevchenko explained, adding that "cosmic" means the highest level of secrecy.

In January, the director of the Russian Foreign Intelligence Service (SVR) and the chairman of the Russian historical society, Sergei Naryshkin, for the first time publicly named seven Russian intelligence 'illegal' agents who made important contributions to protecting Russia's interests and ensuring its security. Among them was Shevchenko.

Soviet Intelligence Officer Who Helped Save Poland’s Krakow During WWII Dead at 103
According to SVR, an illegal agent is a spy who acts in a foreign nation under the guise of a citizen of that state or of a third country. The agent acts in accordance with a fake background story ingeniously designed for him to the smallest detail.

According to SVR, Shevchenko, beginning in 1969, regularly went on business trips abroad to solve intelligence tasks, while working with key sources. He participated in scouting and recruitment of individuals for Soviet intelligence and claims to have successfully extracted valuable information on a number of pressing issues, including files sealed with the so-called cosmic stamp.

Shevchenko has a number of high state awards for his service. In 2017, Russian President Vladimir Putin awarded Shevchenko the "Hero of Russia" medal.

000000
Popular comments
An interesting development. This literally shows back in cold war 1.0 . The Russians were always one step ahead of of every one ! The worse irony was that so called allies . In that era. Literally blamed the French for their loose lips.