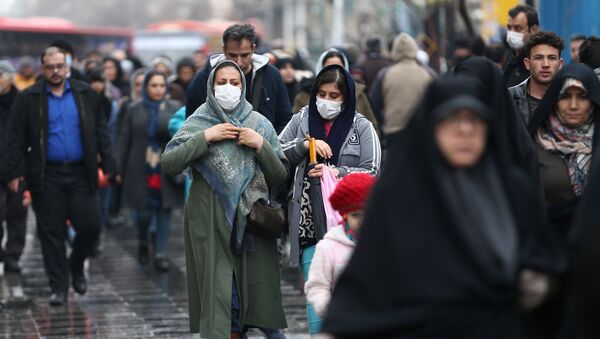 The news comes after earlier this week President Donald Trump announced that oil development sanctions against Iran would be extended for another year. Iranian Foreign Minister Zarif responded by stating that Washington is draining Tehran's resources amid a health crisis, calling it economic and medical terrorism.

Iranian President Hassan Rouhani on Saturday stated that Tehran had taken all measures to contain the virus outbreak under the current circumstances.

"All countries in the world are currently battling with the virus, but our situation is different from theirs", he said. "The capabilities and measures taken by the government in fighting the coronavirus in the face of the US maximum pressure and the inhuman impacts of the sanctions are already remarkable even when compared with the measures taken by other countries".

Rouhani continued on by saying that the renewed US sanctions on his country "caused about $200 billion direct damages to the Iranian economy in less than two years".

In the meantime, Iran's Ambassador and Permanent Representative to the United Nations Majid Takht-Ravanchi urged Washington to lift sanctions against the Islamic Republic amid the coronavirus outbreak in the country.

"Returned to NY from Tehran last night. People and government of Iran working hard to defeat #Covid_19, but US sanctions impeding their efforts", he added in a tweet on Friday night. 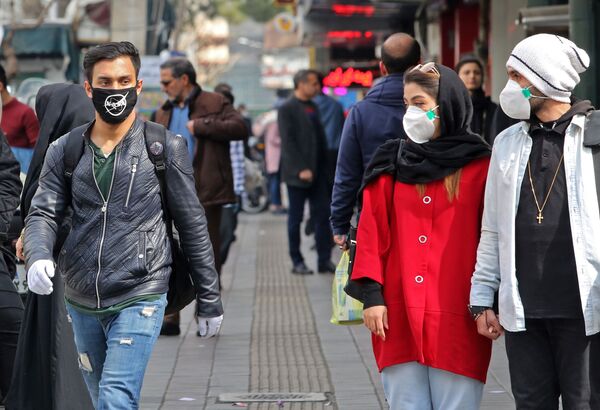 A man wears a protective mask bearing the logo of the US' National Aeronautics and Space Administration (NASA) while walking with others also wearing masks along a street in the Iranian capital Tehran on February 24, 2020
© AFP 2022 / Atta Kenare

The global death toll is nearing 5,500, with more than 140,000 infected overall. Iran remains one of the worst-hit countries with over 11,000 confirmed cases and at least 514 recorded deaths from the disease. Numerous countries have closed their borders and introduced severe quarantine measures in order to curb the virus, which has also affected the global economy in a dramatic way.

Earlier, Tehran called on Washington to lift sanctions because they are hindering Iran's response to the coronavirus outbreak.

The United States reimposed crippling economic sanctions on Iran in mid-2018 that were waived under the 2015 nuclear deal with Tehran, after accusing it of breaching the historic pact.