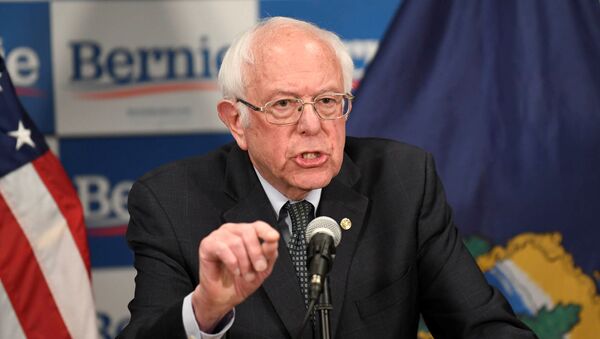 The Vermont Senator’s remarks come as the Wuhan coronavirus (COVID-19) has spread to over 130 countries and territories, infected more than 138,000 people and killed over 5,000 worldwide, including in the United States, where at least 41 deaths have been registered along with over 1,600 infections.

Democratic US Senator and presidential hopeful Bernie Sanders, during a speech in Burlington, Vermont, on Thursday, suggested that the potential death toll from the COVID-19 pandemic could override the total number of armed forces casualties in World War II.

The presidential candidate said that “we also have to face the truth”, adding that he hopes that “number will be as low as possible”.

"In terms of potential deaths...the crisis we face is on a scale of a major war...we also have to face the truth and that is that the number of casualties may actually be even higher than what the armed forces experienced in World War II." -Bernie Sanders pic.twitter.com/mMPbfcl2aT

World War II saw the death of over 20 million soldiers worldwide, including some 400,000 deaths among US troops. The Senator did not clarify whether he meant every country or just the US.

The US Centers for Disease Control and Prevention (CDC) estimated the potential for infection by COVID-19 in the country to range between 160 million and 214 million people. The worst-case scenario US death rate was estimated be between 200,000 and 1.7 million, according to The New York Times.

Sanders’s warnings were described by some netizens as “highly irresponsible and dangerous!”.

This is highly irresponsible and dangerous!

This is one of the stupidest things I have ever heard a person say.

420,000 Americans are estimated to have died in WWII ... so far Coronavirus has claimed 44 ... this is socialism math at its finest.

That is one of the most absurd statements he has made to date... I think Biden wrote his speech.