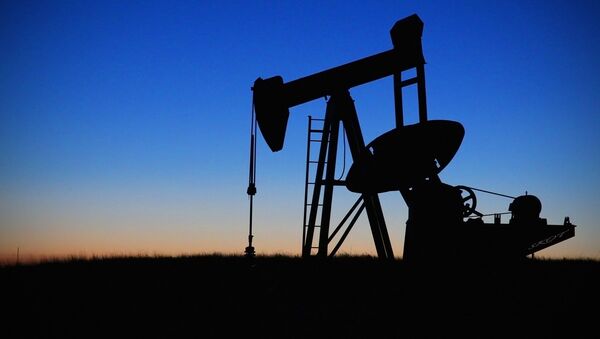 Oleg Burunov
All materialsWrite to the author
Earlier this week, oil prices plummeted to multi-year lows after OPEC failed to clinch a deal with its allies, led by Russia, about oil production cuts amid the ongoing coronavirus outbreak.

The coronavirus, the state of the economy, and the market topped the agenda of talks on Wednesday between lobbyists representing the oil and gas industry and White House policy staffers, CNBC cited American Petroleum Institute (API) spokeswoman Bethany Aronhalt as saying.

She added that API, known to be America's largest trade association for the oil and gas industry, is not seeking federal aid.

Aronhalt spoke after media reports claimed on Tuesday that US President Donald Trump was mulling a federal assistance package in the form of low-interest loans to shore up the shale industry.

The White House, in turn, reportedly made it clear that they don’t want the aid to be seen as a bailout. Washington has not commented on the matter yet.

“What we have here is a demand shock, of course, because of coronavirus, and a supply shock, because of the decision by Russia and the Saudis to flood the market with oil”, he told Bloomberg on Tuesday.

He added that API is concerned about “these geopolitical factors that are feeding into some downturn within the industry” and that right now the group is trying “to make sure policymakers are responding in the right way”.

According to him, the main task is “to work in a diplomatic way to make sure oil markets are well-balanced”.

“We’re focused on making sure the free-market works, not on some government intervention that would be outside the market”, Sommers pointed out.

He also praised the US Department of Energy’s recent move to suspend the sale of crude oil from the Strategic Petroleum Reserve (SPR), saying that API wants “to make sure the government continues to make these kinds of decisions that are good for the oil industry”.

US Suspends Sale of Crude Oil From Strategic Reserves

The remarks come after the DOE said in a statement on Tuesday that the planned sale was aimed at raising “revenue for SPR facility maintenance and upgrades”.

“Given current oil markets, this is not the optimal time for the sale. The Department continually monitors and evaluates global oil markets and will provide updated information as market conditions change”, the statement said.

On Monday, crude oil prices went down by more than 30 percent in what experts saw as the biggest fall since the 1991 Gulf War. This followed the Organisation of the Petroleum Exporting Countries (OPEC)’s failure to agree on deeper production cuts with its allies led by Russia, amid the deadly outbreak of the coronavirus, officially known as COVID-19.