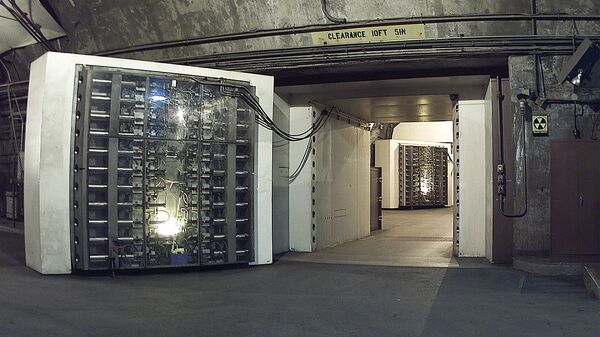 The development comes as the World Health Organisation declared the outbreak a pandemic and a number of countries announced tough measures to combat the infectious disease. The United States has suspended travel from 26 European countries, while Italy has toughened a lockdown, closing all shops, except supermarkets and pharmacies.

The world’s super-rich across the globe are heading to doomsday bunkers to escape the pandemic of COVID-19, which has infected almost 130,000 people worldwide, The Guardian reported. According to the newspaper, the wealthy are using their private jets either to leave countries that have already been hit by the respiratory illness or head to their holiday homes and bunkers in countries that have no confirmed cases of the coronavirus.

According to Adam Twidell, chief executive of a global private jet charter company, his firm has been inundated with requests since the virus began spreading across the world. “Many are from groups which include elderly passengers or those with health conditions that make them particularly concerned about exposure to crowds on airline flights. In many cases, these are passengers who don’t usually fly by private aviation but are looking to protect themselves, their families, and employees”, Twidell said.

People, who are not rich enough to afford personal jets, request access to private lounges at airports in order to avoid the risk of interacting with large groups of passengers, The Guardian reported. In addition to increased demand for personal flights, there has been a rise in demand for disaster bunkers. Robert Vicino, founder and chief executive of California-based Vivos Group, which builds underground shelters that are able to withstand all kinds of natural disasters, said sales of bunkers had dramatically increased in recent months.

It is believed that in their attempt to escape the pandemic the world’s rich are travelling to their hideouts together with personal doctors and nurses, who will treat them and members of their family. According to The Guardian, many are besieging private clinics asking them for private tests for the coronavirus. Mark Ali, chief executive and medical director of the Private Harley Street Clinic, said the clinic has been inundated by requests from the wealthy. Ali said the clinic has given out a lot of flu vaccines and offered intravenous infusions of vitamins in order to boost people’s immune systems.

Meanwhile, the number of coronavirus cases outside China continues to grow, the latter is where the disease originated. US President Donald Trump has announced the suspension of travel from 26 European countries, while the Republic of Ireland said all schools and colleges in the country will be closed until 29 March due to the outbreak of COVID-19.