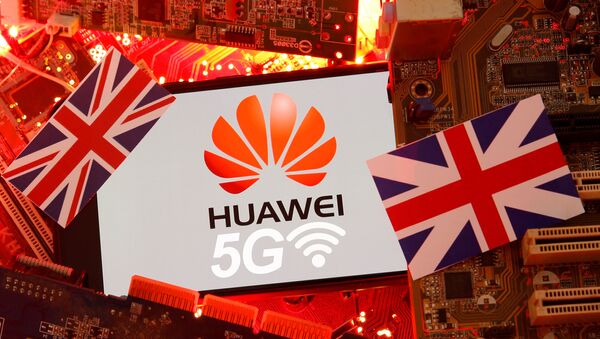 A group of UK lawmakers is up in arms about Boris Johnson's decision to allow Huawei to help create the country's cutting-edge 5G infrastructure. British observers have explained the origins of the anti-Huawei crusade as well as the double-standard approach towards espionage allegations.

Earlier, former Tory leader Iain Duncan Smith proposed an amendment seeking to halt the government's use of the Chinese tech firm's equipment by 2023, which was supported by 282 British lawmakers in the House of Commons. Although it was defeated by a narrow majority, British ministers are mulling over a gradual reduction of Huawei's involvement in 5G, according to The Guardian.

In late January, PM Johnson gave the Chinese telecom giant permission to build up to 35% of the country's overall communication networks, excluding the company from operating its "sensitive" parts. The prime minister's decision prompted criticism in the US, which claims that Huawei poses a considerable security risk to the Anglophone intelligence alliance known as the Five Eyes.

The UK’s decision to incorporate Huawei into its 5G network invites the CCP into the infrastructure of a critical ally. My colleagues and I urge the @HouseOfCommons to revisit this decision given the security, privacy, and economic threats posed by Huawei. https://t.co/voPDfgQzwl

Nick Griffin, a former UK member of the European Parliament, deems that the British lawmakers' ire over Huawei's role in the country's network infrastructure is hypocritical, to say the least.

"For many decades, the UK political, business and media elite have turned a blind eye to serial interference in the nation's affairs and commercial espionage against British industry by various foreign interests", Griffin highlights. "The CIA, global corporations, the Wahhabi dictatorships of the Middle East and the Zionist lobby are all notorious offenders".

According to the politician, while these "genuine acts of political, economic and social aggression have nearly all been studiously ignored", Huawei has on the spur of the moment become the focus of the parliamentarians' attention.

"Suddenly, however, when Chinese businesses are providing world-leading technology, infrastructure-building and expertise, what should be a mutually beneficial relationship becomes a 'security threat' - the double standard would be sickening if it wasn't so absurd", he stresses.

An anti-Huawei crusade has been pushed by the Trump administration since at least 2018, when two Chinese telecom giants, Huawei and ZTE, were banned from use by the US government and its contractors as part of the White House's Defence Authorisation Act. Simultaneously, Washington called upon all of its allies to consider removing the Chinese telecom firm's equipment from the "core" of their networks, citing security concerns.

In April 2019, the US Central Intelligence Agency (CIA) accused Huawei of being funded by China’s National Security Commission, the People’s Liberation Army, and the People's Republic intelligence, something that the telecom giant vehemently denied. After blacklisting Huawei in May 2019, Washington issued a series of waivers for the company. However, a number of multinational tech giants suspended cooperation with Huawei following Trump's ban.

Nevertheless, London did not follow Washington's suit, despite the White House dropping a hint that the UK's decision to give the green light to Huawei would put the intelligence sharing arrangements between the two allies at risk. Speaking to the BBC this January, Boris Johnson insisted that "the British public deserves access to the best possible technology".

"The UK conducted security assessments into Huawei and other Chinese companies to ascertain the presence of backdoors and potential vulnerabilities in a publicly available study", Matthew Hickey, a security researcher and co-founder of the cyber-security firm Hacker House. "Whilst security concerns were found, much was identified to be due to legacy supply chain components or mismanagement of software libraries as opposed to deliberate backdoors".

The security expert explains that the UK stance is that they will allow Huawei network solutions for 5G and mmWave delivery. He notes that "Hacker House are investigating 5G solutions for security purpose that includes the interception and diagnostics of next generation radios that will power 5G".

"The UK is at the forefront of 5G adoption, as is Huawei, as more and more solutions and advances innovate, the mobility solutions security is an upmost priority", he stresses.

As for vulnerability to cyber-attacks, Hickey elaborates that Huawei's equipment "is just as susceptible to attack as any other computer networking giants'" hardware.

"When the US and Chinese engage in information warfare against each other it only spreads further fear, uncertainty and doubt about the technology available from each country and further burdens countries to build their own solutions in country", he observes. 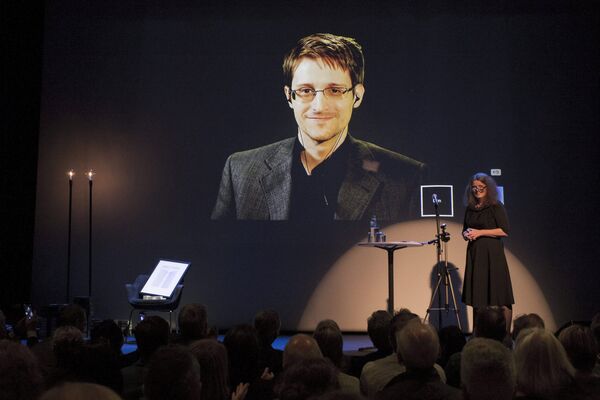 Public Got Used to Gov'ts Spying on Each Other

According to the security researcher, the public was not stirred up by Washington's criticism of Huawei, as it has largely become "desensitised" to revelations that governments are spying on each other, especially after a series of exposures by Edward Snowden and WikiLeaks about US cyber spying practices.

"[T]he US the Espionage Reform Act has been put forth by Senator Ron Wyden proposing that academics, journalists and researchers would not be prosecuted for identifying nation state backdoors where as currently they could be", Hickey says. "When WikiLeaks published details of the CIA cyber tools, security firms were quick to identify that the software had been used in China by the US. Whilst many are quick to point to [the] success of the CIA operation with Crypto AG, less is done on discussions of how cyber is used by governments for spying".

Although the US and its allies have not provided any proof to corroborate claims that Huawei has been spying on behalf of the Chinese government, Washington "has been actively seeking arrests of a number of high profile individuals concerned with espionage and spying in China", the security expert notes.

In November 2018, US officials accused the People's Republic of violating a 2015 agreement with then President Barack Obama aimed at preventing cyber espionage. A month later, two Chinese individuals were accused of hacking in conjunction with China's government by US prosecutors, while British and American authorities claimed that Beijing had been waging a cyber espionage campaign. The Chinese government resolutely denied the allegations.

"The allegations against Huawei have followed a continuing pattern of the US issuing international attention to state-sponsored attacks originating from China", Hickey notes. "They have previously issued arrest warrants for high ranking military officials they claim have been behind advanced persistent threat attacks responsible for stealing economic and strategic information from the US".