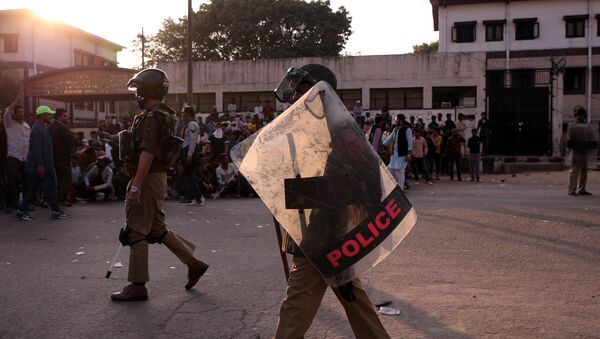 The Enforcement Directorate (ED) – India’s economic intelligence agency, has allegedly found links between an Islamic Organisation, the Popular Front of India (PFI) and the recent violence in Delhi violence, initiating a case against the group on Wednesday.

According to senior officials at ED, the agency will also probe the alleged role of Tahir Hussain, a former functionary of Delhi's ruling Aam Admi Party (AAP) in money laundering. Hussain was suspected of complicity in the killing of intelligence agency operative Ankit Sharma during the riots.

The official said that a criminal case against Hussain, the PFI and others has been filed under the Prevention of Money Laundering Act (PMLA).

“The agency has taken cognizance of the cases filed by Delhi Police to probe the alleged money laundering and routing of illegal funds by Hussain, PFI and others to purportedly sponsor the communal riots that killed 53 people so far. We are also probing Hussain’s links with Popular Front of India,” said a senior official.

Hussain was arrested last week after Delhi Police. However, the PFI has stated allegations of their organisation’s link to the violence are baseless and that it provided no funding to protestors.

The Indian capital witnessed its worst communal violence in decades from 23-25 February that left 53 people dead and 400 injured. According to official data, 79 houses, 52 shops, two schools, and three factories were burnt while four mosques were damaged during the violence.

The Citizenship Amendment Act enacted by the federal government in December 2019 would grant Indian citizenship to illegal immigrants from religious groups such as Hindus, Sikhs, Parsis, Christians, Jains, and Buddhists from three neighbouring Islamic countries. The law is widely seen as discriminatory, as it excludes Muslims.