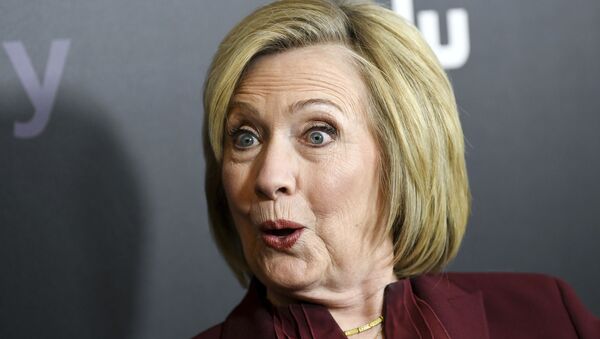 Hillary Clinton’s former adviser has suggested the outcome of the 2016 election could have been different if the newly-released Hulu documentary had come out before the vote.

Speaking on MSNBC’s Morning Joe on Tuesday, Philippe Reines praised the docuseries: “Everyone is watching this movie, and it’s fantastic. The only criticism I have of the movie is that it's only four hours. It could be six, 10 hours, and I’d be riveted.”

“If we had this documentary the day before Election Day in 2016, she would be president right now,” he added.

Reines, a political consultant in Washington, D.C., was asked if he felt the Clinton campaign should have “unleashed” her more in 2016.

“It’s hard to answer that question without my head exploding,” he answered, “because for all these years, we were — we did everything we could, from our perspective, to put her out there, whether it was interviews, whether it was cooperating with documentaries, with movies, with her meeting with reporters off the record.”

“We’ve always been perplexed about the gap between what people see of her… and what she actually is and who she is.”

Clinton, who enjoyed favourable coverage from mainstream media in 2016 and, according to one research report, a “dramatic” bias from Google’s search engine potentially worth millions of votes, got the most individual votes but lost the electoral vote to Donald Trump.

The former first lady and secretary of state chose not to run in the 2020 election and has yet to officially endorse a candidate, although she has been criticising the democratic socialist Bernie Sanders and heaping praise on the establishment favourite Joe Biden, including in the new Hulu doc.

It has been speculated, however, that she was planning to become a vice president if Michael Bloomberg wins and, after he dropped out of the race, that she was eyeing a spot on Biden’s ticket. Those rumours have never been confirmed.