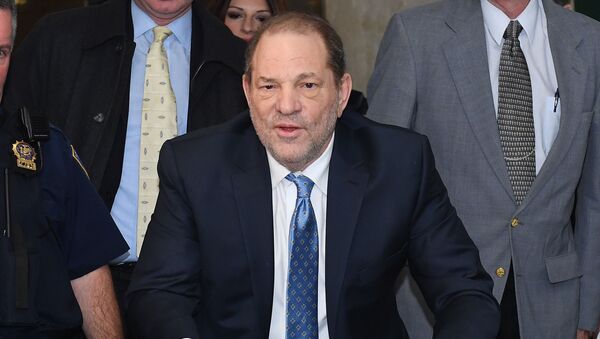 Last month, the 67-year-old producer was convicted by a New York jury of sexual assault and rape. He was found guilty of first-degree criminal sexual acts and third-degree rape.

The former Hollywood mogul Harvey Weinstein has been sentenced to 23 years in prison for rape and sexual assault.

In late February, he was found guilty by a New York jury of first-degree criminal sexual acts and third-degree rape. He was, however, cleared of first-degree rape and predatory sexual assault charges that could have resulted in his life imprisonment. Weinstein's legal team said they would appeal his conviction.

In 2017, many actresses and former Weinstein employees claimed that he had raped or harassed them. Some of the alleged incidents took place in the 1980s. Weinstein denied all the charges and said that all the sexual relationships he had were consensual. 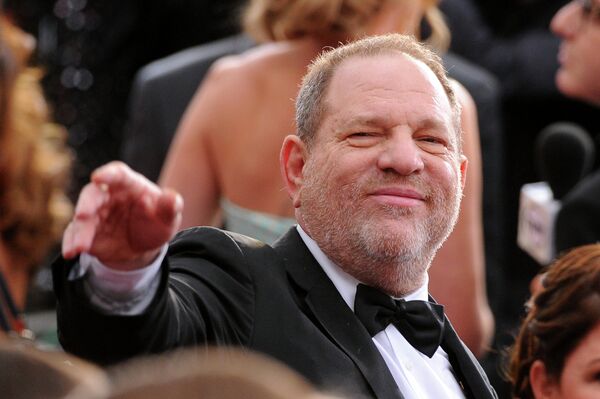 Harvey Weinstein arrives at the Oscars on Sunday, Feb. 22, 2015, at the Dolby Theatre in Los Angeles.
© AP Photo / Vince Bucci

His trial was centred around testimony by his former assistant Miriam Haleyi and former actress Jessica Mann. Haleyi accused Weinstein of forcibly performing oral sex on her at his apartment in 2006, and Mann said she was raped by him in a New York City hotel room in 2013. Both women spoke in court before the sentence was announced by Judge James Burke.

The New York trial could be the first of many with Weinstein facing accusations from more women. Another criminal case against Weinstein is pending in Los Angeles where he is facing charges for two incidents that allegedly occurred within a two-day period in 2013. Los Angeles district attorney said on Wednesday that the extradition process for Weinstein had begun.