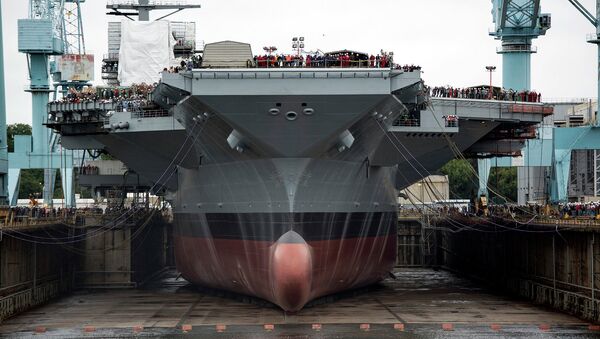 During a recent interview, acting US Secretary of the Navy Thomas Modly said that after the fourth Ford-class carrier, the USS Doris Miller, the service is “thinking about possible other classes” than the problem-plagued warship.

“I don’t know if we’re going to buy any more of that type,” Modly, who was appointed to the position last November, told Defense and Aerospace Report for an article last week. He said the Navy was “certainly thinking about possible other classes,” but the service has several years to make that decision.

Only one of the huge, 100,000-ton Ford-class carriers has been completed - well, sort of. The class’s lead ship, the USS Gerald R. Ford, entered service nearly two years behind schedule and billions of dollars over budget, but did so without several of its new systems working properly, such as its weapons elevators.

Three other ships based on the Ford have been ordered: the USS John F. Kennedy is nearly three-quarters complete and already beginning to house some sailors; the USS Enterprise is already under construction; and the fourth ship of the class, the USS Doris Miller, has already been purchased by the Navy and procurement of materials has begun. The Miller is not expected to be delivered until 2032.

“What are we going to learn on these four that’s going to inform what we do next?” Modly asked rhetorically, noting the service has “until 2026, 2027 before we have to make a really firm decision on what the next carrier is going to look like.” 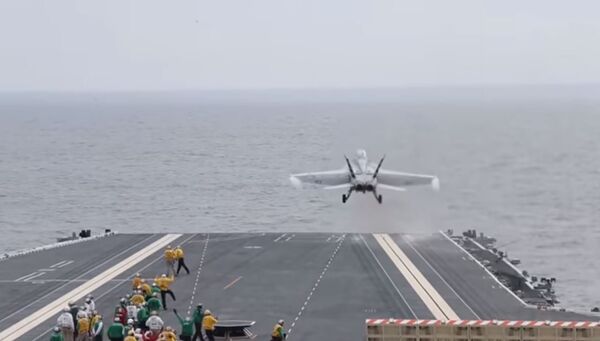 Super Hornet Conducts EMALS take off aboard the USS Gerald Ford.
© US Navy/YouTube

Modly also noted that US President Donald Trump “has been vocal about his concerns with progress on the Ford. We heard him loud and clear. We are all hands on deck to make it ready so that our sailors can fight it, the nation can be proud of it, and our adversaries will fear it.”

The ship’s failings have certainly been myriad. From being delivered without working weapons elevators to lift munitions up to the flight deck, to a faulty propulsion system, to all the troubleshooting required in introducing a new dual-band radar, a new electromagnetic catapult system, as well as numerous other systems, it’s easy to see why the late Sen. John McCain, a former naval aviator, once called the Ford “a spectacular debacle.”

Plans for the Future’s Navy

As the Pentagon reorganizes and reorients its present forces and future plans away from counterterrorism operations and toward the goal of “inter-state strategic competition” with Russia and China, the Navy has embarked upon several studies to weigh the question of the fleet’s future structure.

Last week, Breaking Defense reported on the Future Carrier 2030 Task Force, citing service insiders, as the Navy hasn’t yet publicly announced the study, which is expected to produce results in about six months. At the same time, US Defense Secretary Mark Esper is conducting a second, separate study reviewing the Navy’s modernization and shipbuilding plans for the next 30 years, he told the Senate Armed Services Committee in a letter obtained by Breaking Defense. That study is expected at roughly the same time as Modly’s.

In October, an annual report on US military readiness by the Heritage Foundation, one of the most prominent Washington policy think tanks, severely criticized the Navy’s ability to fight a two-front war, which Heritage academics consider the standard.

While the Navy is already struggling to meet Trump’s goal of a 355-ship fleet by 2030, the Heritage Foundation wants a 400-ship fleet with 13 aircraft carriers. That’s even more ambitious than a 12-carrier fleet, which Naval planners - and financiers - have been hesitant to pursue. 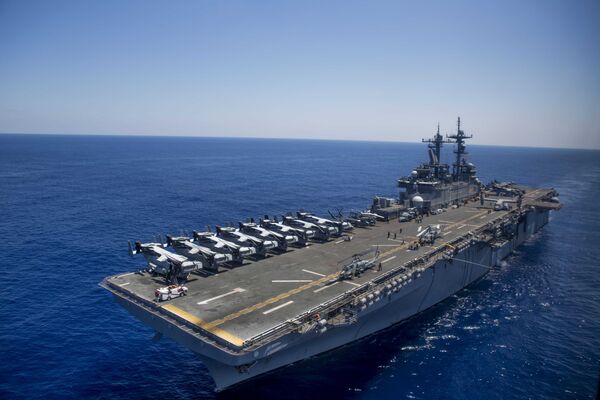 Breaking Defense noted that a future flattop would likely fall between the size of the Ford - a 100,000-ton, 1,100-foot-long behemoth -  and the America-class amphibious assault ship in use by the US Marine Corps, which is about 45,000 tons displacement and 844 feet long, or roughly the size of a World War II-era fleet carrier.

The outlet noted that hypersonic weapons and long-range “carrier-killer”missiles developed by Russia and China are threatening to make the huge capital ships dangerously vulnerable.

The Navy and Marine Corps have been testing a new “lightning carrier” concept, beginning with the USS America, which was loaded up with F-35B Lightning II stealth fighters and sent on a sprint across the Pacific last April. When the amphibious assault ship deployed again last month, it was again in the “lightning carrier” mode.