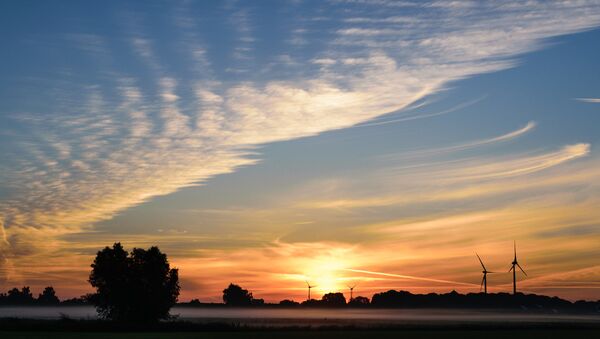 CC BY 2.0 / Flickr / Uwe Potthoff /
Subscribe
International
India
Africa
The Moscow Radiotechnical Institute of the Russian Academy of Sciences has registered a patent for a system of transmitting energy from an orbiting solar power plant down to the surface of the Earth, according to data on the website of Russia's Federal intellectual property service.

US Military Developing Tech to Beam Focused Solar Energy to Earth From Space - Report
At the time, a power plant was proposed to be placed in a geostationary orbit, with an approximate height of 36,000 kilometers, which would allow it to remain above the same area of the Earth's surface and ensure a constant transfer of energy.