COVID-19 is Not Like Captain Trips Virus From The Stand, Stephen King Says 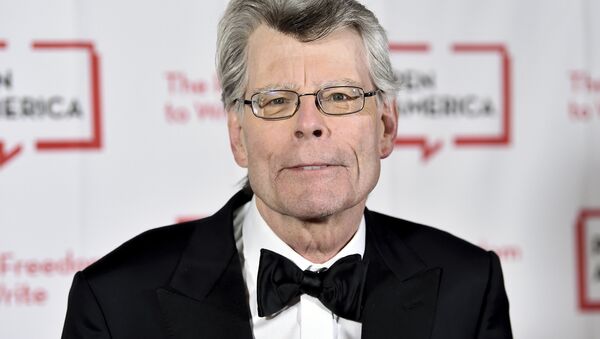 Legendary horror fiction writer Stephen King has stepped forward to shoot down the comparisons made by some between the ongoing COVID-19 coronavirus outbreak and a certain deadly pathogen featured in probably one of his most popular works, “The Stand”.

According to the Daily Mail, King made this declaration after a number of people, including actor James Mardsen who stars in the latest TV adaptation of the aforementioned novel, compared the current outbreak to Captain Trips, a fictional weaponized strain of influenza that gets accidentally released from a US military lab and proceeds to wipe out nearly 99 percent of Earth’s population in the first part of the novel.

No, coronavirus is NOT like THE STAND. It’s not anywhere near as serious. It’s eminently survivable. Keep calm and take all reasonable precautions.

​King himself, however, has firmly stated that "coronavirus is not like The Stand”, pointing out that the former pathogen is "not anywhere near as serious" as the latter and is “eminently survivable".

"Keep calm and take all reasonable precautions", the author tweeted.

King’s remark elicited a rather amused reaction from his social media audience, with some even jokingly comparing the novel’s primary antagonist to US President Donald Trump.

Trump does remind me of Flagg.

All this studying is for nothing? Damnit. pic.twitter.com/ptZJYuRfIb