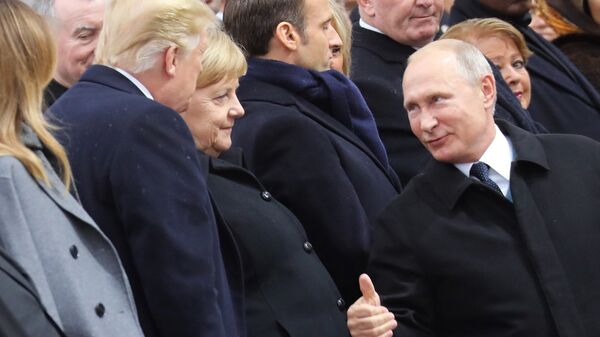 Ilya Tsukanov
All materialsWrite to the author
The eating habits of world leaders have long been a matter of public interest, with observers questioning whether KFC and diet Coke, or perhaps something more balanced, could have an impact on politicians’ ability to deal with the physical and psychological stresses of their office.

Nutritionists from the European Medical Institute of Obesity (IMEO) in Madrid have carried out a study of the publicly-known details on the diets and exercise routines of world leaders including Russian President Vladimir Putin, US President Donald Trump, German Chancellor Angela Merkel and Spanish Prime Minister Pedro Sanchez, with the politicians’ lifestyles offering some ‘do’ and ‘do not do’ tips for the rest of us, El Confidencial has reported.

“Whenever his schedule allows, Vladimir Putin starts the day with swimming, a moment he uses for reflection. Then, he carries out strength and endurance training in his gym.” Based on publicly available information, the paper points to a standard presidential diet including lean meats, fish, fruits, vegetables, grains and eggs, with his culinary preferences said to include “soup of salmon or cod, beef with rice, roasted lamb, fish and red caviar.”

Crucially, El Confidencial notes, Putin avoids highly processed foods and alcohol, and if a toast is in order, he is said to prefer wine or beer. Turkish coffee, green and herbal teas are his hot drinks of choice, with the president said to prefer a light dinner that sometimes includes kefir – a fermented milk drink similar to a thin yogurt that’s very popular in Eastern Europe.

“Given his past as a secret service agent, Putin dominates in several martial arts,” the newspaper continues. “He has an eighth-degree black belt in judo and karate, and a ninth degree black belt in taekwondo. Sports he practices in winter include skiing and hockey.” 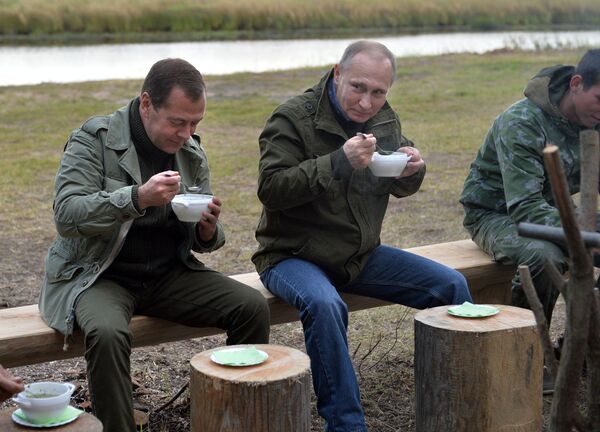 According to IMEO nutritional expert Andrea Marques, Putin’s diet and lifestyle are optimal for his age and physical state, and include a healthy, varied and balanced diet, a high protein breakfast and plenty of fruits and vegetables as a source of vitamins and minerals, nuts for unsaturated fats, as well as lean meats and fish rich in Omega 3.  Marques notes that the lack of distilled alcohol means no empty calories.

President Donald Trump’s diet, by contrast, isn’t so great, El Confidencial notes, with the 73-year-old US president suffering from high cholesterol and a BMI of 30.4, which corresponds with mild obesity.

The newspaper suggests that Trump’s ardent public support of fast food is “controversial,” given that as many as 37 percent of Americans suffer from obesity, and that processed, calorie rich diets are linked to coronary and respiratory diseases, cancers, diabetes kidney problems, and other serious health issues.

Citing information about Trump’s diet which has been made available to US media, El Confidencial lists hamburgers, McDonald’s Egg McMuffins, chicken wings, fries, pizza, soft drinks and pastries as some of the mainstays of Trump’s diet. At the same time, the newspaper points out that Trump has given up virtually all of the sports of his youth, including baseball and football, apart from golf. 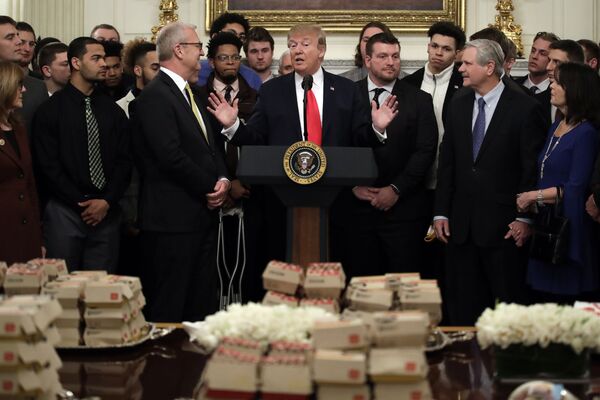 IMEO clinical nutritionist Carmen Escalada notes that “a large percentage of the calories consumed by the US president are empty calories, in other words, they do not provide any useful nutrients.”

Furthermore, while Trump’s lack of alcohol consumption is to his credit, his consumption of as many as 12 cans of diet cola and chocolate milkshakes is a problem. “The high intake of these types of drinks keeps us from drinking water, which is what our body really needs to function properly, and can lead to problems falling asleep, digestive issues or bone decalcification,” Escalada warns.

Turning to German Chancellor Angela Merkel, the newspaper points out that the 65-year-old chancellor is known for jealously guarding the details of her private life, including her culinary preferences and exercise regimen. Nevertheless, publicly available information can give some hints regarding her diet.

Although she is known to enjoy the occasional hike or cross-country skiing outing, Merkel is not believed to stick to a regular exercise regimen. At the same time, she enjoys traditional high-calorie German foods including sausages and mashed potatoes, cheese fondue and beer, although her dinners are thought to be rich in veggies. 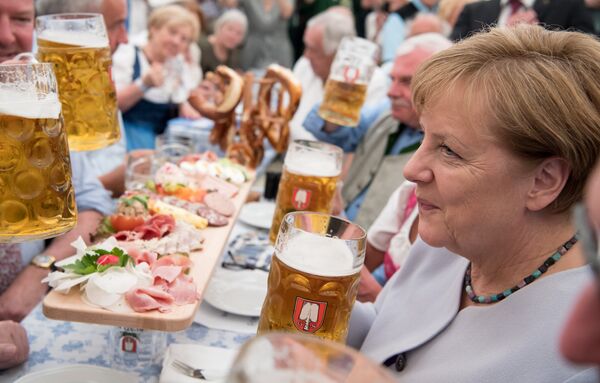 German Chancellor Angela Merkel holds a glass of beer as she attends an election campaign event of the Christian Social Union (CSU), Bavarian sister party of her conservative Christian Democratic Union (CDU), in a beer tent at the Truderinger Festwoche fair in Munich, southern Germany, on May 28, 2017.
© AFP 2022 / Sven Hoppe / dpa

On the whole, Andrea Marques suggests that it’s more difficult for Merkel to keep in shape than her male colleagues, since she is at an age where a typical woman’s metabolism’s muscle mass creating and fat burning capabilities decline due to hormonal changes associated with menopause and a drop in estrogen.

Finally, when it comes to President Pedro Sanchez of Spain, El Confidencial touts him as being “in very good shape at 48,” given his love for basketball and efforts to keep up a three-times-a-week exercise routine, which includes alternating between running, biking and weightlifting.

Sanchez’ adherence to a balanced Mediterranean diet including greens, salads, meats and grilled fish, as well as a hearty breakfast and plenty of water, and sparkling or red wine as opposed to harder liquors, is another credit in his favour.

“The fact that he limits his coffee intake to two cups a day, insists on eating little processed food and committing to sport at least three times a week is an advantage in favour of a good night’s rest,” IMEO nutritionist Ruben Bravo explained.

“For all these reasons, it’s not surprising that the Spanish president is an outspoken advocate of healthy, quality and local food. In fact, one of the main challenges for Spain’s legislature is to reduce the impact of junk food among the population through clear labeling requirements and threats to increase taxes on ultraprocessed foods and those with excess fats and sugars,” El Confidencial concludes.