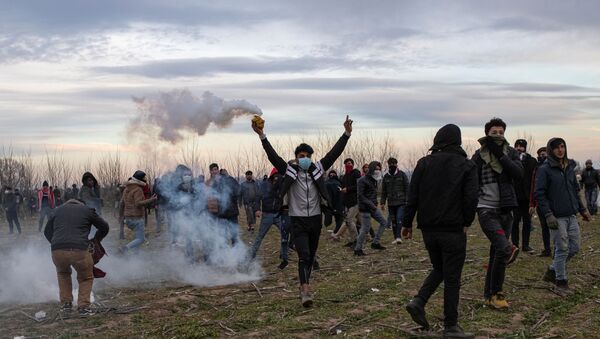 Live from the Greek side of the border with Turkey in Kastanies as migrants remain stranded awaiting transit onward into Europe.

The situation with migrants at the Greek-Turkish border escalated in late February after Ankara announced it had opened its border with the European Union to migrants and refugees following the recent increase in tensions in the Syrian province of Idlib. Soon after, thousands of migrants rushed to Turkey's border with Greece and Bulgaria to try to get into Europe.