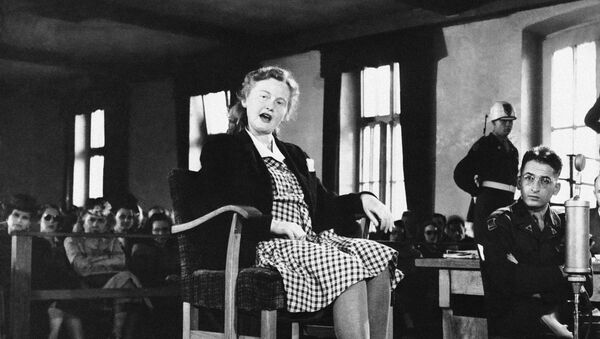 The artifact, which provides yet another proof of Nazi crimes during World War II, was presumably created in Buchenwald, one of the Third Reich’s largest death camps.

The Auschwitz-Birkenau Memorial and Museum says it had obtained a photo album bound with a cover made of human skin.

The shabby book was reportedly found in an antiques market in Poland by private collector Pawel Krzaczkowski. He told local media that he handed it over to the museum because the cover was giving off a “bad smell” and there were human hair and a tattoo visible in it.

Analysis of the composition of the cover proved that it was made of human skin and was likely created during the Second World War.

“As evidenced by the folds on the cardboard, cut to fit on the paper cover, there were more than 100 photographs and postcards in the album, which were placed again in the dust jacket,” the museum revealed. “The photographs depict mainly views and panoramas.”

The macabre album was presumably a gift from a crew member of the Buchenwald death camp to a Bavarian family that ran a guest-house in a health resort town during the War.

This matches the long-held historical account – corroborated by prisoners’ accounts – that Nazis had made objects from the skin of Buchenwald victims, such as book bindings and wallets.

“I bound the whole thing in covers received from my colleagues from the camp bookbinding workshop,” recounted Karol Konieczny, a Buchenwald survivor. “Of course, as one can easily guess, the covers were made of human skins, which came from the ‘resources’ of the SS. The idea was to secure documents of Nazi bestiality and genocide.”

Buchenwald, in central Germany, was one of the Third Reich’s largest concentration camps. Out of some 280,000 prisoners interned in the camp, 56,000 never made it out alive. Its first commandant, Karl-Otto Koch, and his wife Ilse, have been accused of abusing, torturing and murdering prisoners.

Karl-Otto was executed by an SS firing squad for corruption a week before Allies liberated the camp. Ilse, dubbed “Frau Lampshade” in the Soviet Union and “Bitch of Buchenwald” in the West, stood trial before a US military court in 1947 for her war crimes.

She was accused of collecting lampshades made from the tattooed skins of prisoners, but those charges were dropped due to a lack of convincing evidence.

That decision provoked widespread public backlash, and Koch was sentenced to life in prison in 1951 on charges of “incitement to murder, incitement to attempted murder, and incitement to the crime of committing grievous bodily harm”. She unsuccessfully petitioned for appeals and committed suicide in 1967, at the age of 60.