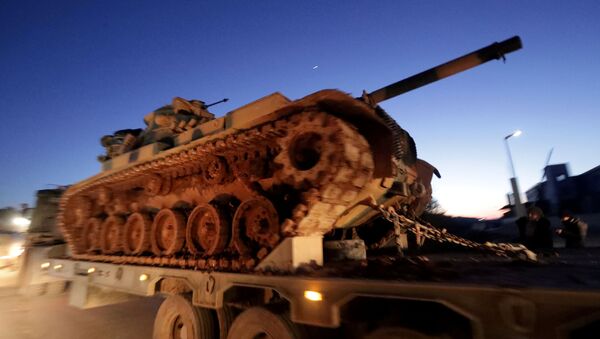 Russia brokered a ceasefire between Turkey and Syria on Thursday, which wrapped up weeks of fighting in Syria’s last rebel-held province that caused dozens of casualties on both sides.

Turkish President Recep Tayyip Erdogan has threatened to take unilateral action in Syria’s Idlib if the Russia-brokered ceasefire deal is not adhered to.

“If the promises made regarding Operation Spring Shield are not kept, we reserve the right to clean up [the area] using our own methods,” Erdogan said in a speech in Istanbul on Sunday.

“If the agreement is violated, we will go strongly after [those who violate it]. We signed this agreement [with Russia] to provide a solution to the crisis in Idlib without further bloodshed. Otherwise, we will continue to walk our own path.”

Russia and Turkey announced a preliminary agreement on Thursday after Erdogan’s six-hour meeting with Vladimir Putin in Moscow. A ceasefire went into effect in the province of Idlib on 6 March, with Russia and Turkey agreeing to jointly patrol the M4 highway south of Idlib beginning on 15 March and setting up a 12-kilometre-wide security corridor along that highway.

The Syrian army has been conducting an offensive against Idlib rebels since early December. Turkey deployed thousands of troops to the area in February to halt their advance and push them back to pre-offensive lines. The stand-off descended into fighting between Syrian and Turkish armies. 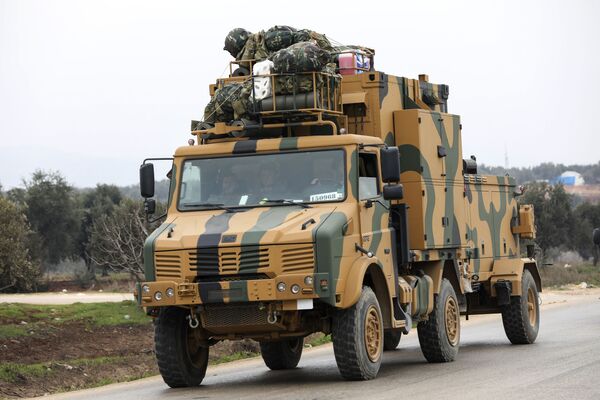 A Turkish military convoy in the east of Idlib, Syria
© AP Photo

A Syrian army air strike on a militant convoy on 27 Feb. killed 33 Turkish forces; Russia, Syria’s main military ally, said that the Turkish troops were not supposed to be there and that nobody, including the Syrian command, knew about their whereabouts.

In response to the attack, Turkey launched Operation Spring Shield – its fourth military mission in the war-torn country since 2016. As part of that operation, Turkish forces were launching drone attacks and striking Syrian soldiers, equipment and ammunition depots.

According to Erdogan, at least 59 Turkish troops died in Idlib last month, with just over 100 Syrian troops reportedly killed.