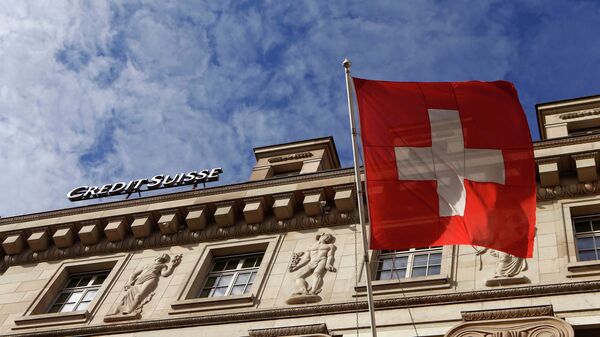 The files handed over by an investigator from Argentina establish a link between the Credit Suisse predecessor that harboured the valuables looted from victims of the Third Reich and the Nazi-friendly leaders that were in office in Buenos Aires at the time.

The US-based human rights NGO, the Simon Wiesenthal Center, has published documents, handed over to them from Argentina, which purportedly list a staggering 12,000 Nazis, their supporters, and Nazi-linked companies that directed money and valuables expropriated from Jewish families to a European bank, now known as Credit Suisse.

"We believe that these long-dormant accounts hold monies looted from Jewish victims”, the centre noted in a statement, adding that the mentioned companies notably include IG Farben - the supplier of Zyklon-B gas used to exterminate Jews and other victims of Nazism.

The NGO, which obtained the files from an Argentinian investigator, has asked Credit Suisse to identify the accounts associated with the listed names "to settle this matter on behalf of the diminishing number of Holocaust survivors”.

"The current story and the remaining assets, arguably looted, of 12,000 Nazis will, we hope, be viewed differently, for the good name of Credit Suisse”, the centre said.

According to the NGO, Credit Suisse once offered financial support for their Zurich-based conference, but backtracked, when the entity requested to let them research accounts suspected of holding money funnelled from Nazi victims.

It is known that in the 1930s, Credit Suisse called Schweizerische Kreditanstalt at the time, accepted money stolen by the German regime, whereas in Argentina, Nazi-friendly political leaders stayed in power up until 1938, with pro-Nazi forces restored in Buenos Aires again in 1943 as a result of a coup.