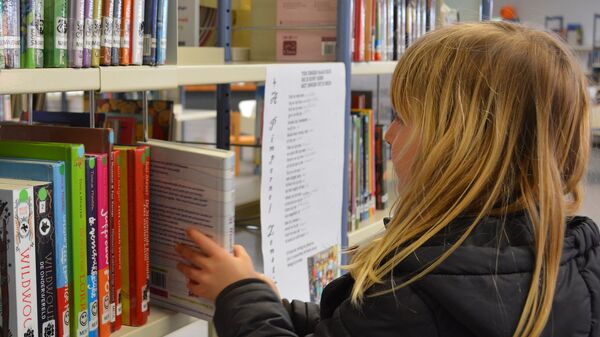 According to a disturbed parent, the teacher threatened her daughter with detention if she refused to participate in a lesson that included confessing to the Islamic faith in a letter and prayer.

Söderfors School in Tierp has come under fire for its unorthodox methods of teaching religious studies.

According to the news portal Katerina Magasin, third-graders were forced to confess to Islam and Allah in a letter during a lesson in religious studies. Among other things, the nine-year-olds had to write “I belong to Islam”.

Anamaria von Roteliuc, the mother of a nine-year-old girl, told the magazine the pupils also had to participate in a prayer, while a minaret call was played in the classroom. Furthermore, the children had to colour a mosque on a piece of paper.

When students questioned whether they really had to participate in the activities, the teacher responded that they had to. According to von Roteliuc, who also detailed the ordeal in a Facebook post, the teacher threatened her daughter with detention if she refused to participate in the task. The girl initially refused to pledge allegiance to Allah, but had to to write “I belong to Islam” in the end.

“My daughter came home and was completely devastated”, Anamaria said. “She said, Mom, we had Islam yesterday and they forced us to say that we are Muslims. She told me that during the lesson, she jumped out of the classroom crying, ran to the toilet and prayed to God. She has been feeling bad since it happened. I myself am so angry that I'm seething. How can you do this? We are Christians and my children should not be subjected to forced Islamisation at school”.

Söderfors School is not a religious one, and, according to Roteliuc, its teachers do not have a Muslim background. By her own admission, she contacted the headmaster, only to receive a note that the school was working with world religions. According to Roteliuc, this “religious indoctrination” must end.

“In my eyes, it is unacceptable to carry out such religious abuse against young children. This indoctrination must end”, von Roteliuc said.

The incident sparked outrage on social media and drew the ire of many Swedes.

“Welcome to Söderfors nursery school in Tierp, anno 2020, where Swedish children are indoctrinated into Islam already in third grade. Now the school is reported to the police”, blogger Katerina Janouch tweeted.

​“Shocked! For starters, the teacher's credentials should be nulled, it is criminal what she has exposed 9-year-olds to. What we have here is a Swedish non-denominational school, so no religious influence”, a rather typical angry reaction said.

Outrage as Muslim Tells Hijab Opponent to 'Move Away' From Sweden in Televised Debate
Following the uproar, Tierp Municipality published a press release stating that there is no Islamisation in schools. Furthermore, the municipality attacked the reports as “dissemination of rumours”, “unsavory claims”, and “baseless criticism”. According to the municipality, the lesson should be seen in context, where students are in different ways inspired to change their perspective, in order to create an understanding of the basics and models of thought in different religions.

The number of Muslims in Sweden has soared over just a matter of several decades amid mass immigration, exceeding 800,000 and amounting to 8.1 percent of today's population. In recent years, a hot debate on the place and the role of Islam in Swedish society has erupted.

By contrast, the percentage of Christians has shrunk from over 95 percent in 1972 to close to 60 today. In 2000, the Church of Sweden lost its status as state church.