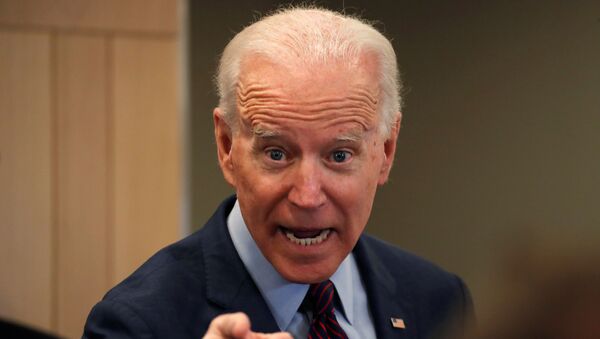 Former US Vice President Joe Biden secured a delegate lead with massive wins in 10 out of the 14 states on Super Tuesday following a significant boost of endorsements from former Democratic candidates. Though Biden’s surge may come as a surprise to some, one activist tells Sputnik that many voters are hungry to return to something familiar.

Woods told hosts Bob Schlehuber and Jamarl Thomas that he was not surprised by the results in his state of Texas, where Biden won, because he was personally aware of “a lot of black folk and brown folk who were supporting Biden and who were supporting Bloomberg” and longed for a return of an administration comparable to that of former President Barack Obama.

The activist argued that the right questions were not asked of the voting public leading up to the Texas primary. Instead of simply focusing on what candidates voters were supporting, pollsters should have asked citizens about the main issues they take into account when selecting a nominee for their party, according to Woods.

He pointed out that although Biden has been gaining steam on the campaign trail, it is important to make sure that Democrats do not disenfranchise those who may have voted for Senators Elizabeth Warren (D-MA) or Bernie Sanders (I-VT).

Prior to the first polls closing on Super Tuesday, NBC News’ Shannon Pettypiece asserted in a viral tweet that “young people still don’t vote,” citing an NBC exit poll poll which showed that voters between the ages of 18 and 29 cast only 13% of ballots in Democratic Super Tuesday races.

Woods noted that Houston in particular has the “youngest population in the state,” with the average age being somewhere between 27 and 30 years old.

“We showed up,” he said, referring to the younger voters.

While former New York City Mayor Mike Bloomberg has since dropped out of the Democratic presidential race and endorsed Biden, he did manage to win around 15% of the vote and five delegates in the state of Texas.

Woods explained that there are a significant amount of black and brown voters in Texas who would refer to themselves as conservative Democrats, but would not vote Republican.

There’s also a lot to be said for those who do not necessarily engage in politics online, watch the debates or turn to social media for the latest updates on the candidates or responses to a recent gaffe, Woods argued.

“We’re talking about people … work three jobs, have got children and live everyday life and probably don’t ever watch the news, except for when hear a hurricane is coming,” Woods said. “And they heard Bloomberg’s voice, and they heard Biden’s voice,” because they’re listening to the radio rather than ad-free versions of Spotify, Pandora or other related platforms.