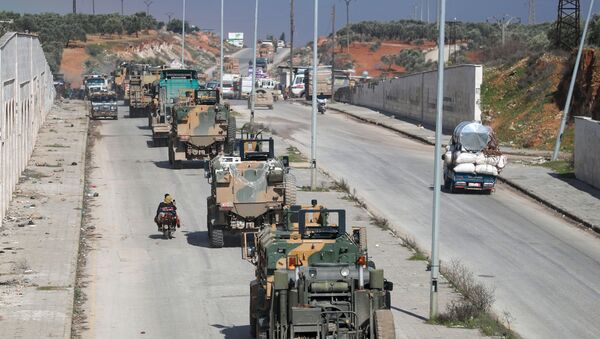 "The Turkish government has asked us for a handful of things, we are evaluating all of those requests," Pompeo told reporters in a press briefing.

Pompeo also commented on Thursday’s meeting between Russian President Vladimir Putin and Turkish President Erdogan, saying "our requirement is that they move back to the Sochi agreement back from 2018, that they too enter into a ceasefire in the region."

The secretary of state said the United States is attempting to determine the best way to reduce violence in Syria and stop the enormous humanitarian crisis that continues to take place.

"We had two of our senior leaders from the State Department on the ground there yesterday. I think it was... Ambassador [Kelly] Craft and Ambassador [James] Jeffrey were both there working to see how we can bring American and European resources to better mitigate this humanitarian crisis on the ground in Idlib and then the southern parts of Turkey."

Obstacle to Help in Idlib? Turkey’s Purchase of S-400s a Serious Concern for US, Envoy on Syria Says
Tensions in Idlib significantly increased after the Tahrir al-Sham* terrorist group launched a large-scale attack on the positions of the Syrian government forces on February 27. Syrian troops responded with airstrikes, hitting Turkish troops deployed next to terrorists. As a result, 36 Turkish servicemen were killed, more than 30 were injured.

Russian Foreign Minister Sergei Lavrov said earlier that Ankara has failed to fulfil some of its commitments under the 2018 Russian-Turkish memorandum on a demilitarized zone in Idlib, including separating the Islamic terrorists from the so-called moderate opposition.