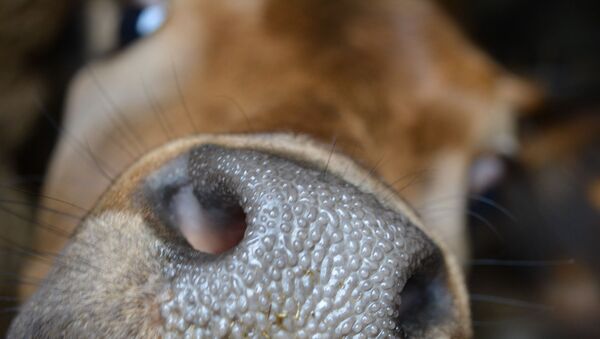 CC0 / /
Subscribe
International
India
Africa
New Delhi (Sputnik): At a public congregation during the Rangotsav Programme in the Mathura district, Yogi Adityanath, the head of India's Uttar Pradesh, said his government won’t let anyone slaughter or abuse cows in the state.

A day after the chief of India's Uttar Pradesh state warned against cow killings, an incident of two men getting mercilessly beaten by some goons in the Bulandshahr district surfaced. The two were suspected of being involved in cow slaughtering.

According to the police, the incident took place on 2 March, but it came to light on Wednesday after videos of the assault went viral on social media.

The video shows two men surrounded by a group of people who are constantly kicking and punching the duo. Both are also seen being beaten with wooden sticks despite begging for mercy.

WARNING: The following video is extremely disturbing and may offend sensibilities

Two men were mercilessly beaten by goons in UP's Bulandshahar district over allegation of cow slaughter. The incident happened on March 2. Victims denied charges of cow slaughter and said they were returning after procuring fodder for cattle. pic.twitter.com/bmGpG3sunD

Police said the victims denied charges of cow slaughter and that they were actually returning after procuring fodder for cattle.

“We have identified five accused and teams have been formed to nab the miscreants. Initial investigation has pointed towards the fallout of old rivalry over an illicit relationship. We have registered a case and are investigating it from all angles”, said a senior police officer of the Bulandshahr district.