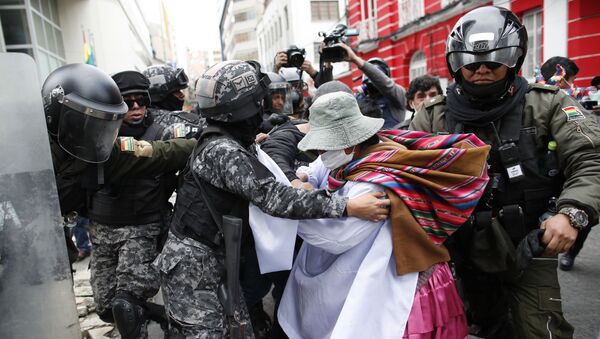 Tommy Sheridan
All materials
Democratically re-elected President of Bolivia, Evo Morales, was forced to flee his country for fear of assassination and to prevent widespread bloodshed in the wake of an election victory that returned him to office in the first round of balloting with a winning margin in excess of 10 percent.

Right-wing elements in the army and security services with close ties to the United States of America refused to accept the democratic expression of the will of the Bolivian people and used violence against Morales supporters to force him from the country. In the army, in the repression that followed at least 35 Morales supporters were killed and over 700 injured. Democracy was drowned in Bolivian blood.

The above paragraph is what should have been carried in international headlines and news bulletins across the world yesterday as a thoroughly independent and well-researched report from the respected Massachusetts Institute of Technology (MIT), a private research university in Cambridge, Massachusetts completely debunked the manufactured story of a fraudulent election in Bolivia last November that was promoted by the mainstream media across the globe.

The US-inspired Organisation of American States (OAS) spread the deceit and deception into the belly of the billionaire-owned mainstream media and neo-liberal puppet news agencies and they obediently spewed out the lie that Evo Morales was not legitimately re-elected as president.

The world was duped and internal opposition forces within Bolivia, particularly within the armed forces, were primed to take action at the behest of Washington memos and CIA proxies. Socialist Morales was a constant thorn in the side of the US State Department and their neo-liberal economic plans to privatise the vast natural resources of Bolivia and enslave them for US exploitation. 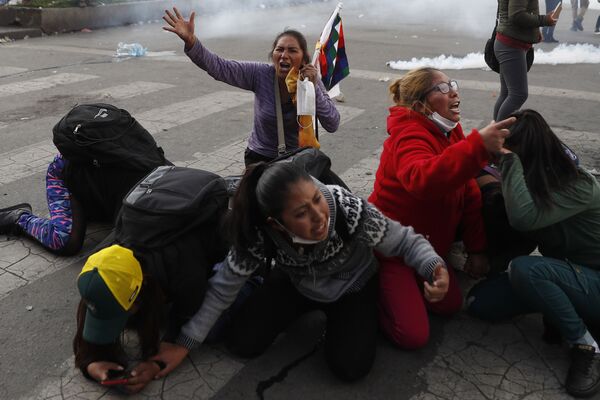 Ever since his surprise election in 2005, Morales has pursued socialist policies designed to redistribute wealth and power across Bolivia. Just like Chavez, and then Maduro, in Venezuela, such policies have made him a top target for illegal regime change within the highest echelons of power in Washington.

Lithium Not Election Fraud at Heart of Bolivia Military Coup

Lithium reserves, in particular, are plentiful in Bolivia and moves towards greater global use of battery-operated vehicles alone presents huge opportunities for profits to those who control the supply.

Morales had recently cancelled a deal with a massive German company with links to US giant Tesla and many international observers feared he may move to nationalise the industry to benefit ordinary Bolivians instead of enriching further the foreign corporations who own much of the natural resources of nations across the Americas. Such plans enraged the corporate interests who run America:

"Demand for lithium is expected to more than double by 2025. The soft, light mineral is mined mainly in Australia, Chile, and Argentina. Bolivia has plenty—9 million tonnes that have never been mined commercially, the second-largest amount in the world—but until now there's been no practical way to mine and sell it. Morales' cancellation of the ACISA deal (the German company which supplies Tesla) opened the door to either a renegotiation of the agreement with terms delivering more of the profits to the area's population or the outright nationalisation of the Bolivian lithium extraction industry".

Based on a dubious and decidedly dodgy report of electoral fraud from the OAS the ground was prepared for a military overthrow of an elected president and his government. The US disciples of democracy were once again at the head of an illegal and undemocratic coup, not for the first time in Bolivia, to subvert democracy and brutally crush opponents of their plans. An unelected stooge was put in power, someone who didn't even stand in the presidential elections, Jeanine Áñez.

The Centre for Economic Policy and Research (CEPR) strenuously and with the aid of statistical analysis refuted the claims of electoral fraud from the OAS almost immediately but they were ignored and side-lined. Their November 8th press release last year was clear:

"Statistical analysis of election returns and tally sheets from Bolivia’s October 20 elections shows no evidence that irregularities or fraud affected the official result that gave President Evo Morales a first-round victory... Contrary to a post-election narrative that was supported, without evidence, by the OAS Electoral Observation Mission, statistical analysis shows that it was predictable that Morales would obtain a first-round win, based on the results of the first 83.85 percent of votes in a rapid count that showed Morales leading runner-up Carlos Mesa by less than 10 points".

The OAS was treated by the mainstream media as some paragon of independent virtue whereas it is a Cold War-era international body of countries in North and South America that claims to be independent and neutral, but, in reality, frequently acts as a proxy for the United States government.

The OAS is notorious for its extreme bias against left-wing governments in Latin America, particularly Cuba and Venezuela. Western corporate media outlets frequently echo the OAS's anti-Cuba and anti-Venezuela reports, without providing any further information as to what exactly the OAS is, and what interests it serves.

In reality, however, the OAS was formed at the behest of the US government as a coalition of anti-communist governments at the beginning of the Cold War. In 1948, the US convened the International Conference of American States. 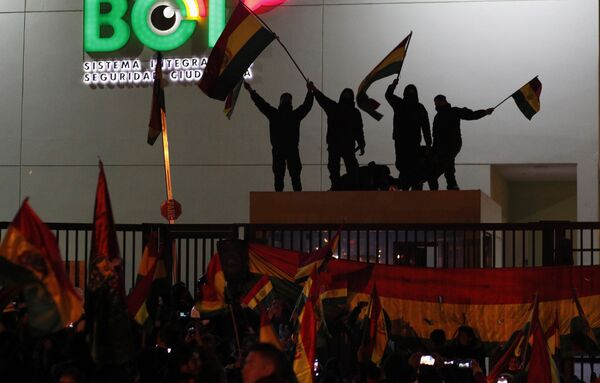 At this meeting in Colombia, which was led by the US Secretary of State and infamous cold war warrior George Marshall, the right-wing governments of Latin America joined the US in signing a charter that established the Organisation of American States with the explicit goal of fighting the spread of socialism and defending capitalism in North and South America.

Of course, they would say the re-election of a socialist president for his fourth term in office was fraudulent. That their deceitful lies were believed and regurgitated by the mainstream media worldwide is both pathetic and criminal.

However, much as the actions and statements from bodies like the OAS and the US Agency for International Development (USAID) are predictable and biased, consider for a moment how outrageous the following statement from the executive director of Human Rights Watch was last November:

​Understandably, ordinary members of the public across the world would expect an international body like Human Rights Watch to be reasonably independent and therefore reliable as it purports to advocate on behalf of human rights across the world. Yet the stark truth is they stand exposed as yet another pliable puppet of the massively powerful US propaganda machine.

There was no electoral fraud in Bolivia, Mr Kenneth Roth, and all the independent evidence proves conclusively Evo Morales was legitimately re-elected, and you and your supposedly independent international body for human rights stands complicit in the bloodshed and murder that ensued in the military coup which ousted President Morales from power.

You should be ashamed of yourself and your body should immediately apologise or stand forever exposed as the mouthpiece of American corporate power and interests. Read the MIT Report and apologise to the world and particularly the families of the 35 dead and 700 injured Bolivians forthwith:

"On the day of the election, the unofficial, preliminary count (trep) stopped at 7:40 PM, with only around 84% of the tally sheets (actas) that would be counted in the official count (computo) counted. On October 21 at 18:29, after the OAS Electoral Observation Mission in Bolivia requested a resumption of the trep, electoral officials announced updated results with 95 percent of actas processed". 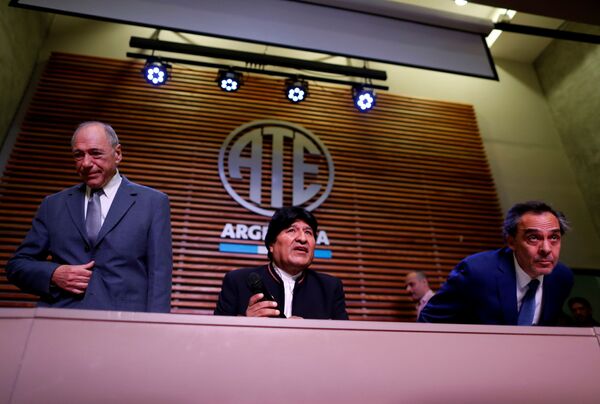 "Morales' margin in the updated results exceeded 10 percentage points. The OAS released a statement expressing concern about a 'change in the trend' between results before and after the stopping of the trep on October 20".

"In the final tally of the computo, Morales's margin of victory would rise to 10.56 percentage points over CC candidate Mesa. Bolivian presidential elections require a 10 percentage point lead over the runner-up, and the change in the margin of victory in favour of Morales following the trep interruption was characterized as surprising and of 'deep concern' by the OAS, thereby creating the impression that fraud in favour of MAS-IPSP had likely taken place". 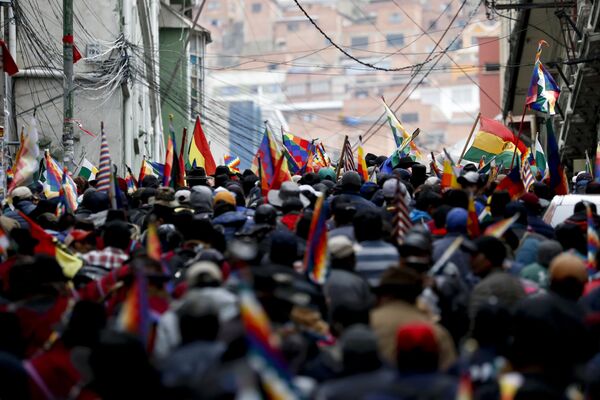