Assad Calls Differences With Ankara 'Illogical': Syrian People Have Not Been Hostile Toward Turkish 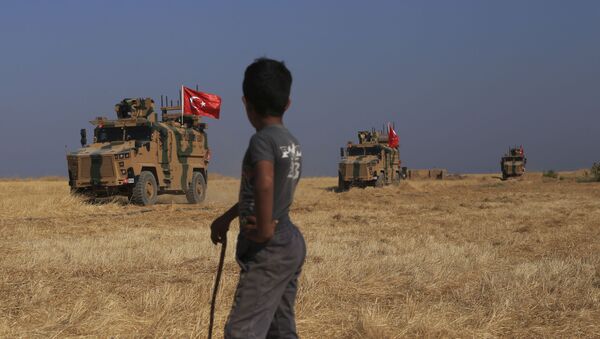 Ankara and Damascus have been embroiled in clashes for several months amid a deteriorating situation in Idlib - the last stronghold of jihadists in Syria. Turkey attacked Syrian forces in February after a Turkish military outpost in Idlib was hit by the Syrian Army, resulting in an escalation of the conflict.

Syrian President Bashar Assad stated that the feud between his and Turkey is "illogical", stressing that Damascus had not attacked Turkey and that both states have common interests.

"What hostile action - big or small - did the Syrian people commit against the Turkish people? There is no such thing. There are Syrian-Turkish marriages, there are families, there are vital common interests. This mutual cultural interaction is historically determined, it is illogical that we have some serious disagreement between our countries", Assad told the Russia-24 TV channel in an interview.

Syria’s president continued by saying that he considered the Turkish people to be a brotherly nation for the Syrians.

The interview was broadcast the day before a meeting between Russian President Vladimir Putin and his Turkish counterpart Recep Tayyip Erdogan, which is expected to take place in Moscow. 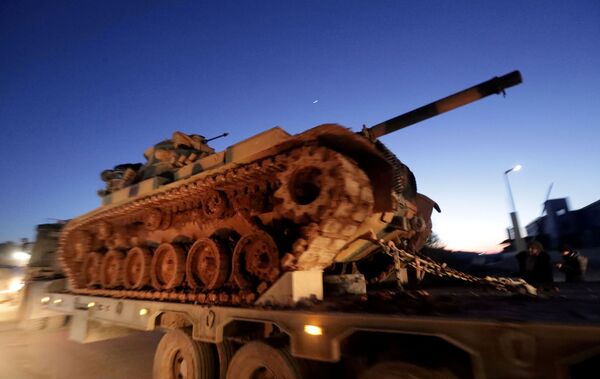 Turkey launched "Operation Spring Shield" last week, with the offensive following after a Syrian Army attack on terrorist positions killed several Turkish troops. According to the Russian military, the Turkish servicemen were operating amongst al-Nusra* militants in the region.

Ankara claimed that it had "neutralised" up to 300 Syrian soldiers and numerous military vehicles in retaliation for the killed Turkish soldiers.

The Turkish military was given permission to establish a dozen observation posts in the militant-controlled Idlib region under the 2018 Sochi accords. Ankara was obliged to secure the border and separate jihadists from other armed anti-government groups willing to engage in negotiations with Damascus. Moscow, however, stated that the Turkish side has failed to live up to these commitments.