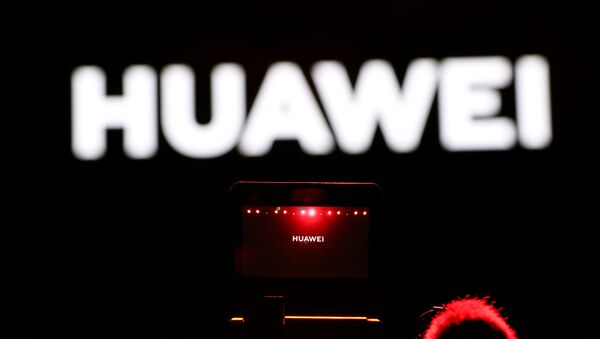 In 2012, a firm linked with Huawei reportedly offered to sell HP computer equipment to the sanctions-hit Mobile Telecommunication Company of Iran. Huawei at the time confirmed the pitch but denied that the equipment ever reached the customer.

The documents are dated 2010 and include shipping lists that detail Hewlett-Packard servers, switches and disk arrays, as well as Microsoft servers and software, according to Reuters.

That equipment was allegedly supposed to reach Iran, which was at the time under strict US export sanctions related to its nuclear programme. Reuters says it also reviewed an internal Huawei document confirming that equipment had reached its destination (it wasn’t clear whether it referred to all equipment allegedly meant for shipping).

It is understood that Huawei’s customer was Iran’s largest mobile operator, Mobile Telecommunication Company of Iran, also known as MCI. 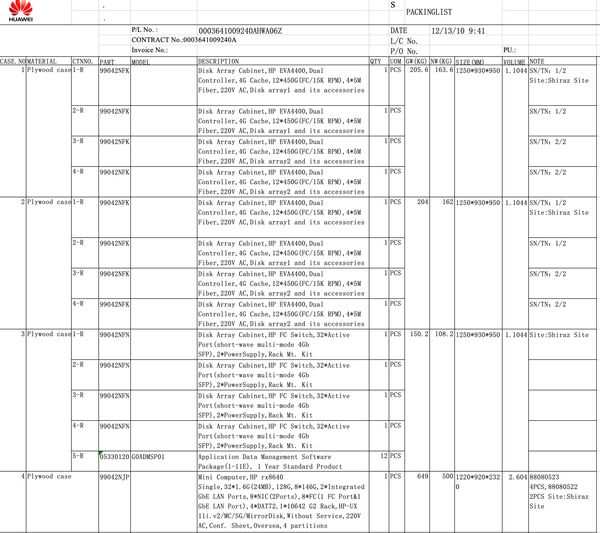 A copy of what is thought to be a Huawei packing list provided to Reuters and dated December 13, 2010 shows Hewlett Packard Co computer equipment destined for Iran.
© REUTERS

This is not the first time Huawei’s relations with MCI have come to light. There were reports in 2012 and 2013 suggesting that a Hong Kong-based firm called Skycom Tech, thought to have close ties to Huawei, had attempted to sell to MCI at least $1.45 million worth of embargoed HP gear in 2010.

Reuters at the time cited what it called a price list included in a joint Huawei-Skycom proposal to expand MCI’s billing system. Huawei confirmed that Skycom had made the pitch but denied that HP products were actually shipped to MCI. The new documents, if true, cast doubt on that claim.

The US case against Huawei

Skycom is now among the defendants in the US Department of Justice indictment against Huawei, described there as the Chinese telecom giant’s “unofficial subsidiary”.

As part of that indictment, Huawei’s Chief Financial Officer Meng Wanzhou, the daughter of the company’s founder, is accused of using Skycom to do business in Iran and misleading Western banks to move the money out of Iran.

Wanzhou was arrested in Canada in December 2018 and is currently fighting extradition to the United States where she would face charges of fraud, obstruction of justice and theft of trade secrets (the latter stems from a separate case). Both Wanzhou and Huawei deny the allegations.

Huawei declined to comment on Reuters’ findings, citing the ongoing proceedings. A company spokesperson said that it “is committed to comply with all applicable laws and regulations in the countries and regions where we operate, including all export control and sanction laws and regulations of the UN, US, and EU.” MCI did not return a request for comment.

HP, which was reported in 2015 to have made millions off selling its products to Iran through a subsidiary, said: “Our contract terms prohibited the sale of these products to Iran, and required that our partners comply with all applicable export laws and regulations.”

The new documents could bolster the US case against Huawei: the Trump administration has moved in on the company on every front, shutting it out of the US market and lobbying allies to ban it from fledgling 5G networks on espionage allegations, which Huawei denies.

Critics have argued that the underlying reason for the US crackdown on Huawei is not the fear of being spied on, but an attempt to curb China’s growing economic and technological dominance.