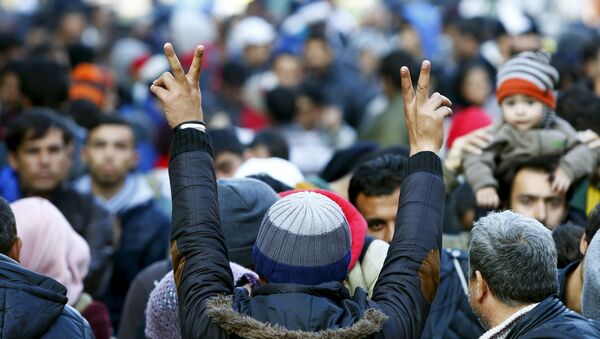 Following the recent resolution passed by the Progress Party's Oslo chapter aimed at making Norway a “beacon of patriotism in the world”, its heavyweight Christian Tybring-Gjedde called for the people to vote on immigration.

According to Tybring-Gjedde, one of the party's most important politicians, who previously called immigration the single most important issue facing Norway, the party needs a new policy.

“Liberalism is a dead ideology. Let's put the utopian ideology in the drawer and try to make everyday life better for most people. We need a new policy. We need to talk the way most people understand. We must create a policy for the new era,” Tybring-Gjedde said, as quoted by the news outlet Resett.

Tybring-Gjedde stressed that it is important for Norway to become a lighthouse in Europe, where the EU, he ventured, has failed in many aspects.

“We want to be clear that climate change is not man-made and would like to have a complete halt in non-Western immigration,” Tybring-Gjedde said.

In particular, he wants the Progress Party to let the people vote on immigration.

“I want a referendum on immigration; it is not in the resolution, but it will be the next step for me,” he added.

“We must put Norway and the Norwegian people first and foremost. That's what people expect,” Geir Ugland Jacobsen said.

The Progress Party's new resolution says that the party should build on patriotism and protect the nation-state. Party leader Siv Jensen voted against the resolution, but the majority in her own county apparently wanted Norway to become a “patriotic beacon”.

“The Progress has always defined itself as a party on the right. We therefore need to make a choice: Should we be part of Europe and the United States' new right wing, and become a beacon for patriotic voters, or should we be part of the liberal/social democratic party flora as the Conservatives [Progress' former allies] has and fight for the same voters as everyone else?” the resolution said.

Immigrants Account For Over Half of Norway's Population Growth – Report
The Eurosceptic Progress Party supports individual liberties, low taxes and small government, while pushing for a rigid immigration policy and traditional values. At 15.3 percent of the vote, theirs is the country's third-largest party.

Until mid-January this year, it used to be a staple in the centre-right coalition spearheaded by the Conservatives. However, the Progress left the government following its decision to repatriate a Pakistani-Norwegian Daesh* widow. Siv Jensen called it “the last straw” and ventured that the party would be better off in the opposition to avoid unnecessary compromises.