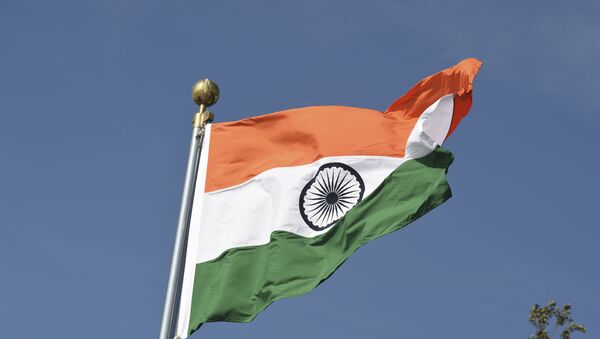 © AFP 2021 / PRAKASH SINGH
Subscribe
New Delhi (Sputnik): The National Register of Citizens (NRC) aims to count every person living in India in order to identify genuine citizens from illegal immigrants. Both the Citizenship Law and the proposed NRC have met with violent protests and are viewed as discriminatory by many Muslims.

Giving the highest priority to India’s relationship with neighbouring Bangladesh, the Indian Foreign Secretary Harsh Vardhan Shringla has assured Bangladesh that the National Register of Citizen (NRC) was an internal matter and would have no impact on Dhaka.

“This [NRC in Assam] is a process that is entirely internal to India. Therefore there will be no implications for the Bangladesh Government and the people of Bangladesh. You have our assurance on that count,” said Shringla at a seminar in Dhaka on Monday.

Bangladesh Prime Minister Sheikh Hasina had taken up the issue of NRC with his Indian counterpart Narendra Modi, saying that “it is internal but unnecessary”.

Shringla further assured the Bangladeshi government that minorities under the current government are the highest priority and are well taken care of under the secular constitution of India.

"This is proactive legislation that has been undertaken on humanitarian grounds. In other words, the people who were refugees or faced political persecution and fled to India within a cut off time were allowed fast track citizenship," said Shringla explaining the controversial Citizenship law.

Home Minister Amit Shah has reiterated that he won't let any illegal immigrants stay in India. The Indian Ministry of Home Affairs revealed that 110,642 Bangladeshi citizens remain in the country even after the end of their visa period, after arriving between 2017 and 2019.

However, following a U-turn, Shah has said that there is currently no plan to implement the NRC.

There have been many protests in India over the CAA and National Register of Population. While the CAA seeks to grant Indian citizenship to illegal non-Muslim immigrants from neighbouring Bangladesh, Afghanistan, and Pakistan, the NRC seeks to maintain a register for Indian citizens and identify illegal immigrants.