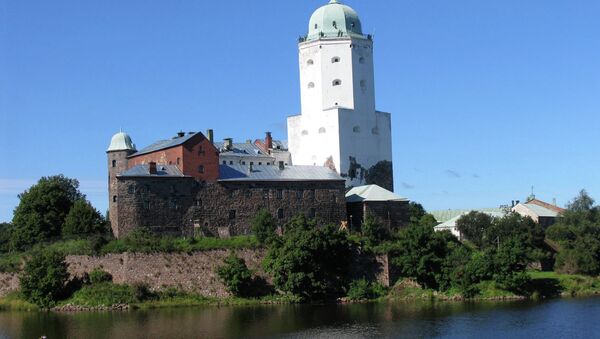 © Sputnik / Galina Kmit
/
Go to the photo bank
Subscribe
As Dmitry Yalov, Deputy Chairman of the Regional Government for Economics and Investment said in one of his social networks accounts, Leningrad region authorities consider Finland’s idea to form a special economic zone (SEZ) for residents of southeastern Finland, the Vyborg and Priozersky districts of the Leningrad region, quite promising.

The official said that the Mayor of Savonlinna, Janne Laine's idea to create a special economic zone that will allow free movement for funds, goods, services, as well as residents of Finland, the Leningrad Region and St. Petersburg was interesting.

“The project initiated by our foreign neighbours is certainly interesting, and if implemented, will facilitate the development of the two counties’ border territories, in particular, the Vyborg and Priozersky districts of the Leningrad region,” Yalov said.

The politician emphasized that currently the regional administration pays special attention to the development of export supplies of regional manufacturers, including small companies.

“The SEZ project with Finland can give regional enterprises certain advantages for entering the foreign market,” he said.

However, according to Dmitry Yalov, it is important for both parties to understand that a special economic zone is, first of all, a territory’s special legal status providing its residents with tax and customs benefits. Yalov also pointed out that the issue requires careful consideration in line with the two countries’ legislation.

Earlier, Janne Laine, Mayor of Savonlinna, suggested creating a special economic zone uniting Southeast Finland and the districts of the Leningrad region. In his opinion, the new SEZ will strengthen tourist exchange, capital flows, and will also positively affect the services sector. As part of this idea, it was also proposed to abolish the visa regime with Finland for St. Petersburg residents.

Russia and Finland share a 1,340 km border and have always maintained good relations in recent decades despite tensions between Moscow and the West. According to analysts, Finnish officials enjoy a high level of respect among their Russian counterparts.