How Russian Companies May Benefit From the US LNG Supply Crisis 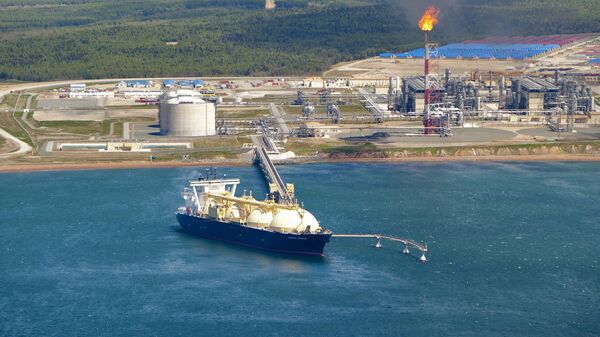 With US liquefied natural gas (LNG) producers continuing to lose European customers, experts suggest that in the current market conditions, it will be Russian LNG companies that may capitalise on the situation. Here’s a closer look into the scenario from Sputnik contributor Maxim Rubchenko.

In late February, the Spanish energy companies Repsol SA and Endesa SA rejected a hefty deal on the purchase of 200 million cubic metres of LNG from the biggest US liquefied natural gas exporter Cheniere Energy Inc.

So it is safe to assume that abandoning the US LNG in favour of gas supplies from the European market, Repsol and Endesa saved hundreds of thousands of dollars, according to Rubchenko. 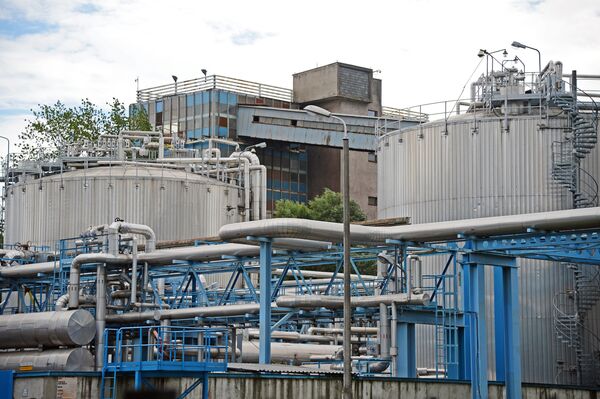 Experts are sure, he adds, that other European companies will follow suit in the immediate future.

He quoted Nikos Tsafos of the US-based Centre for Strategic and International Studies think tank, as saying that “since the US LNG supplies-related price advantages have virtually disappeared, giving them up was just a matter of time”.

The situation in the Asian gas market is even worse at the moment. Late last year, gas prices in Japan, for example, shrank to $105 per thousand cubic meters, and the subsequent coronavirus outbreak added further to the price collapse. So now the difference between stock prices in the American and Asian gas markets does not even cover transportation expenses, Rubchenko recalls.

It is not surprising, therefore, he goes on, that at least two Japanese companies are now reportedly considering cancelling contracted US LNG deliveries.

Rubchenko also recalled that exports of liquefied natural gas from US plants have been declining for several consecutive weeks now.

According to the ICIS Subscriber Platform, shipments to Europe have halved over the past three months: from two million tonnes of LNG (2.8 billion cubic meters after re-gasification) in November to one million (1.4 billion) at the end of January. Last week alone, exports fell seven percent to 226 million cubic meters per day.

Sales-related problems are forcing manufacturers to revise development plans and reduce investment. Cheniere Energy Inc. recently announced that it is postponing indefinitely the launch of the third line of the Corpus Christi gas liquefaction plant with a capacity of 9.5 million tonnes, until enough commercial agreements are clinched.

Experts from the research organization BloombergNEF suggested in this context that LNG supplies may be suspended for at least seven months, while Campbell Faulkner, chief data analyst at the international trading company OTC Global Holdings, claimed that gas prices will recover only after most coal-fired power plants in the world are converted to gas. He warned that it make take years to implement the scenario.

Speaking to Bloomberg, Faulkner claimed that “more gas-fired power plants would have to be built in the US and abroad to ease the current supply glut”, adding that “prices globally are converging and until there is a boatload of new generation built domestically and abroad, there is just simply not much room in the market” for more gas.

Meanwhile, US gas companies stocks, including those from Chesapeake Energy, Cabot Oil & Gas and Sandhill Strategy LLC, have plummeted in the past couple of months, not least due to concerns over the economic impact of the global spread of coronavirus.

Analyst Samer Mosis of the company S&P Global Platts, said during the London forum that “Russian LNG cost into Europe is some of the cheapest LNG in the world” and that “it can get into Europe for under $2/mln Btu [British thermal units]”, which is tantamount to about $70 per 1,000 cubic metres of gas.

“Because of this price incentive, Russia became the second-largest supplier of LNG in Europe last year [after Qatar]”, Mosis said.

He added that Russia’s LNG expansion comes amid a “volume over value” pipeline strategy that benefits from Gazprom's new electronic sales platform (ESP). According to Mosis, “The ESP has allowed Russia to be very nimble in the way it conducts spot sales—and frankly maintain the market however it wants to”.

He was echoed by Desmond Wong, editor of the European and Atlantic Basin LNG journal, who touted Russian LNG’s significant competitive advantages.

“In Brussels, there are always going to be politically motivated voices calling for more US LNG imports. But the utilities, the portfolio guys and the commercial people will say ‘it only makes economic sense for us to pick up the cheapest source of gas delivered to our customers’”, he pointed out, in an apparent reference to the Russian fuel.

According to S&P Global Platts’ data presented at the London forum, Russia exported 16 million tonnes of LNG into Europe last year, in contrast to 7 million tonnes it exported in 2018. The country was only behind Qatar and ahead of the US, which exported 21 million tonnes and 12 million tonnes, respectively.