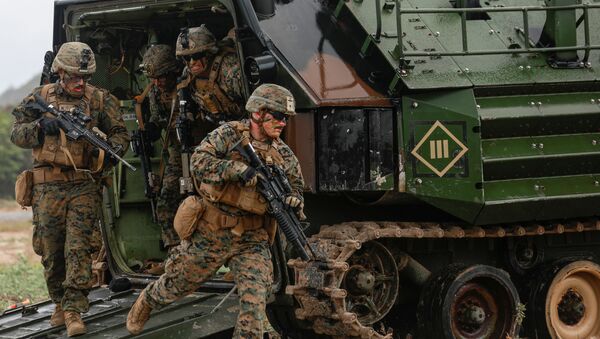 All participants in the military exercise reportedly observed measures aimed at preventing the possible spread of the coronavirus.

The annual 39th Cobra Gold military exercise, held under the auspices of the Thai and US armed forces, kicked off in Thailand last week despite concerns that some participant countries might skip it due to concerns over the possible coronavirus threat.

Along with the more conventional combat maneuvers, the exercise included survival training which involved troops drinking the blood of a decapitated cobra – a method of rehydrating one’s body when drinking water is not readily available.

According to the Daily Mail, servicemen also learned how to properly de-fang tarantulas before eating them and how to identify edible plants.

The exercise, which kicked off on 24 February, is scheduled to end on 6 March.

​Earlier, South Korean authorities mulled skipping the exercise due to concerns over the ongoing spread of the new coronavirus.

According to the Bangkok Post, all participants in the exercise – some 9,630 soldiers from 29 countries - were required to “strictly follow” measures aimed at preventing possible coronavirus infection.