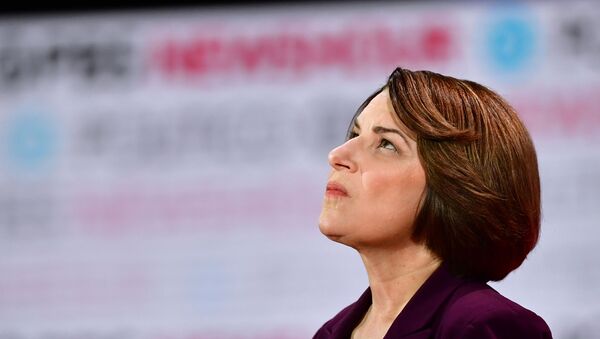 On Sunday, Democratic presidential candidate and former South Bend, Indiana Mayor Pete Buttigieg suspended his campaign ahead of Super Tuesday when 14 US states are set to hold their Democratic primaries.

A US senator from Minnesota, Democrat Amy Klobuchar, also announced on Monday that she is ending her bid and endorsing Joe Biden.

The withdrawal of these two candidates means that there are now just five Democrats left in the race to be the party's nominee to face Republican Donald Trump in November's presidential election.