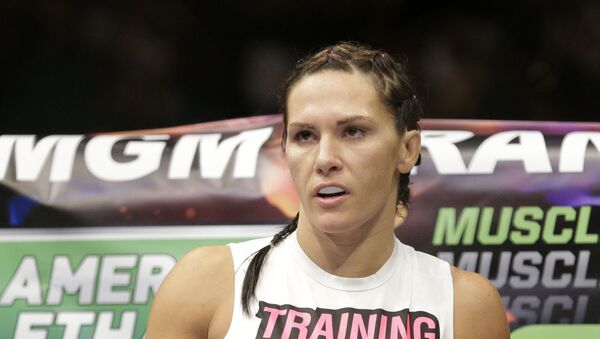 Noting that she’s still "rehabbing" certain parts of her anatomy, Cat Zingano said that her health and her training have drastically improved since she finally got rid of her implants.

Mixed martial artist Cat Zingano has recently shared a topless photo of herself online which apparently became her first photo shoot after undergoing a breast surgery.

Describing her ordeal in an Instagram post featuring the aforementioned image, Zingano explained that even though she "sensed and researched" the breast implant illness a couple of years ago, she initially "didn’t want to risk the change in vanity".

"Although I loved my curves, and I don’t regret the decision to fix my breasts after I had my son, if I knew then what I know now, I’d have made different choices", she confessed. "I have felt so much better since the explant."

She also thanked her friend and fellow patient for their support during that troubling time, and stated that her training has since "improved ten-fold", despite the fact that she’s still "rehabbing" her lungs, endocrine system and “some other related issues”.

Cat further wrote that her photo shoot was about "true love" for her body and “true freedom”, and urged people with "random, stubborn and undiagnosable symptoms" to look them up instead of ignoring such matters.

"Do your research. Much love. Wear your scars", Zingano surmised.