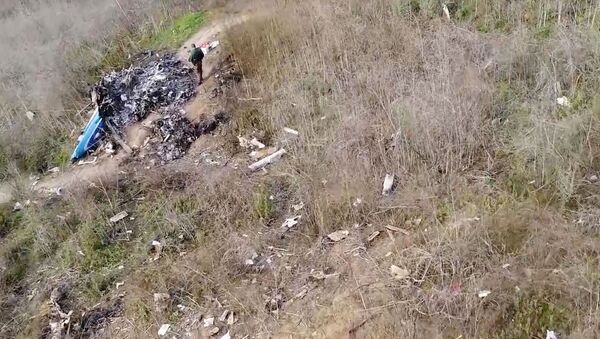 © REUTERS / NTSB
Subscribe
Earlier, the Los Angeles Sheriff’s Department was looking into reports that sheriff’s deputies had shared some graphic images from the helicopter crash that killed NBA superstar Kobe Bryant and eight other people, including photos of the victims’ remains in a setting that had nothing to do with the investigation.

A lawyer for the widow of basketball superstar Kobe Bryant has said in a Saturday statement she is "absolutely devastated" by reports of sheriff’s deputies having shared graphic photos of the helicopter crash scene where her husband, their 13-year-old daughter and seven other people were killed, reports AP.

In the words of Gary Robb, Vanessa Bryant's lawyer, the NBA star’s widow had visited the sheriff's office on 26 January, the day of the crash, and “requested that the area be designated a no-fly zone and protected from photographers."

“This was of critical importance to her as she desired to protect the dignity of all the victims, and their families. At that time, Sheriff Alex Villanueva assured us all measures would be put in place to protect the families' privacy, and it is our understanding that he has worked hard to honor those requests."

According to the lawyer, sharing of photos pertaining to the crash was “an unspeakable violation of human decency, respect, and of the privacy rights of the victims and their families.” 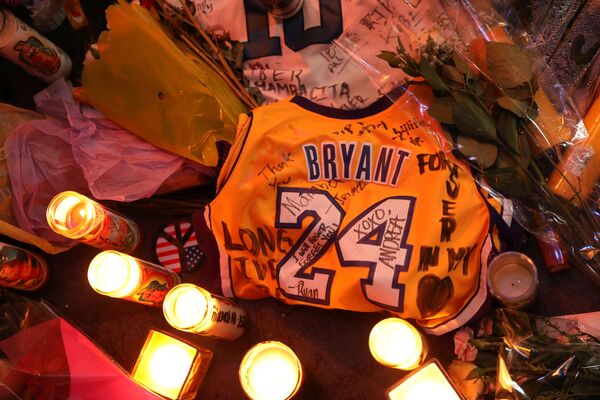 Robb urged that the perpetrators “face the harshest possible discipline, and that their identities be brought to light, to ensure that the photos are not further disseminated.”

On 27 February The Los Angeles Times reported that an anonymous public safety source claimed to have seen one of the photos related to the crash on the phone of an official in a setting apparently unrelated to the investigation of the incident. According to the source, the disturbing images showed the scene itself and victims' remains.

The Los Angeles Sheriff's Department said in a statement on Friday that it was investigating the allegations made in the outlet’s report.

On 28 February The Times cited anonymous sources as saying the Sheriff's Department had ordered deputies to delete any existing photos of the helicopter crash scene after one citizen claimed a deputy had showed footage of the incident at a bar in Norwalk, California.

The retired NBA star, 41, and his 13-year-old daughter Gianna Maria-Onore were among nine people in his private helicopter that crashed near Calabasas, California on 26 January. 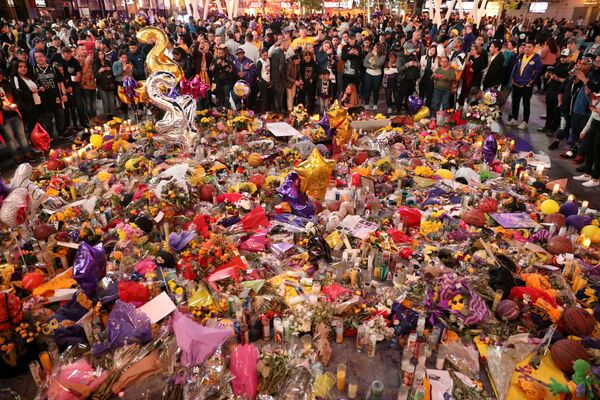 The Los Angeles Times said that the Sikorsky S-76 helicopter crashed due to foggy weather. Wreckage from the helicopter did not show any outward evidence of engine failure, the National Transportation Safety Board said on 7 February.

The NTSB is investigating the accident, with a final report not expected for at least a year.

"She was very much like her daddy in that they both liked helping people learn new things and master them."

— Vanessa Bryant spoke at a memorial for Kobe Bryant and their daughter Gianna. The date 2/24 honors their jerseys ("2" for Gianna, "24" for Kobe).#KobeFarewell pic.twitter.com/P7jLTzMUjZ

He was awarded the league's Most Valuable Player in the 2007/08 season and was also NBA's fourth all-time scoring leader with 33,643 points.