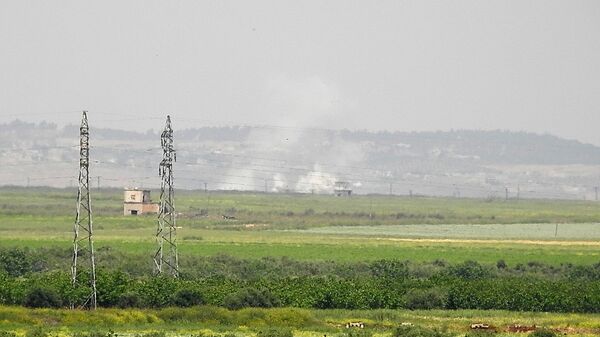 HAMA, Syria (Sputnik) - Syrian government troops opened fire on Sunday at aerial targets near the western city of Hama that a Syrian military source identified to Sputnik as Turkish drones.

“Our anti-aircraft weapons are firing at Turkish drones,” the source said.

A Sputnik correspondent in Hama said traces of artillery fire could be seen in the sky over Hama and its suburbs for at least half an hour. The city lies south of the flashpoint region of Idlib.

Earlier in the day, Syria announced that its airspace over Idlib had been closed, warning that the army would destroy any aircraft violating its airspace.