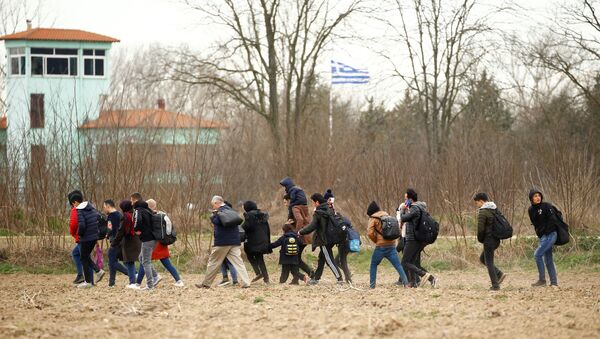 © REUTERS / Huseyin Aldemir
Subscribe
On Saturday, hundreds of migrants gathered near the Kastanies crossing point at the border between Turkey and Greece.

Live from the Turkish town of Edirne near the border with Greece as refugees attempt to travel west into Europe.

Earlier, Turkish Prime Minister Recep Tayyip Erdogan said that his country had opened its borders to Europe to Syrian refugees, citing the lack of promised assistance as the reason. Athens, in response, closed its borders and sent military vehicles to prevent migrants from entering the country.

Greece, which has become a hub of refugee and asylum seeker activity in recent years, has stepped up efforts to protect its land and maritime border with Turkey in the wake of Ankara's statements that it would not contain the flow of refugees from Syria to Europe. Over a million people have arrived in Greece claiming asylum in the European Union since 2014.

000000
Popular comments
Erdo the world's most hated world leader and a real life supervillain who rules over a country.