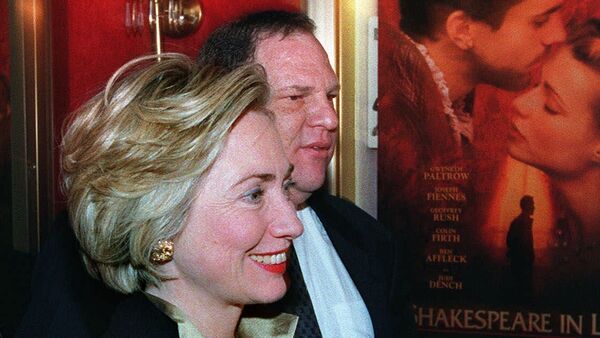 As convicted rapist Harvey Weinstein awaits sentencing, Hulu is set to release a docuseries originally slated to be produced by the disgraced Hollywood mogul, focusing on 2016 Presidential candidate Hillary Clinton.

As the Hulu television docuseries “Hillary” is set to premiere on Friday, 6 March, determined, according to filmmaker Nanette Burstein, to expose the human side of the polarizing figure that the former First Lady and 2016 presidential candidate represents, the issue of Hillary and Bill Clinton’s years of deep, personal alliance with known sex predator Harvey Weinstein has resurfaced with fresh force, reported the Daily Beast.

The series highlighting the career of the former US Secretary of State was originally to be produced by Harvey Weinstein.

However, Hillary Clinton’s lawyer Robert Barnett told the Times that all talk about the series ground to a halt once the allegations about Weinstein were first published by The New York Times and The New Yorker in October 2017.

The film producer and co-founder of Miramax Films and the Weinstein Company issued an apology acknowledging that his behaviour caused "a lot of pain", but denied any wrongdoing. The ensuing criminal case against Weinstein spawned the #MeToo movement against physical and sexual violence. 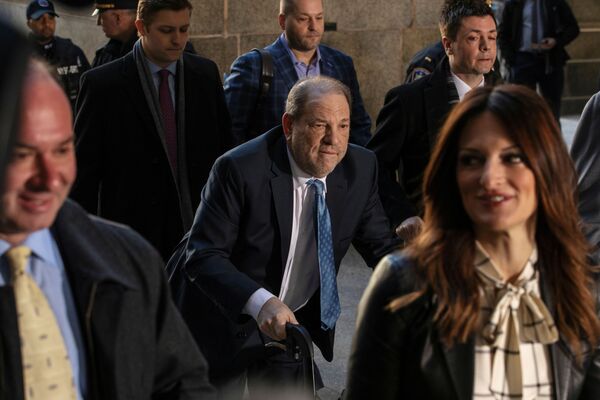 Harvey Weinstein was charged on 24 February with third-degree rape and first-degree criminal sexual acts carrying a potential 25-year prison sentence after a trial launched on 6 January 2020.

However Weinstein, 67, who is currently awaiting sentencing, scheduled for 11 March, had a decades-long reputation for inappropriate behavior with women.

Despite the whispered rumours, the legendary film and television director was acknowledged as one of the largest fundraisers for the Democratic Party in the film industry, donating over $750,000 to Democratic politicians and organizations since 1991, according to OpenSecrets. org.

The Clintons, however, have denied any knowledge of Weinstein’s reputation in the industry prior to the moment when rumours of sexual misconduct were substantiated in an October 2017 New York Times report. The latter summed up close to three decades' of sexual harassment allegations against Weinstein from women in Hollywood circles.

Earlier, according to Fox Business, Federal Election Commission (FEC) records indicated that Clinton and her affiliated groups, like “Friends of Hillary”, received $54,990.45 from Weinstein from 1999 to 2016, including both her Senate and presidential bids.

The Times reported in 2017 that political allies had tried to warn Hillary Clinton about Weinstein’s predatory behavior.

Both Tina Brown, former editor-in-chief of The Daily Beast, in 2002 and American actress, writer, director Lena Dunham in 2016, according to The Times, alleged they warned Clinton’s aides during her presidential campaign.

Lena Dunham claimed that in 2016, during Hillary Clinton’s attempted run for the White House, that she warned the presidential candidate’s aides, including deputy communications director Kristina Schake and spokeswoman Adrienne Elrod, that Weinstein was known by the industry to be a sexual predator.

According to Dunham, Schake promised to share the information with campaign manager Robby Mook, yet Elrod and Schake have since denied Dunham “mentioned rape,” with Hillary Clinton’s current communications director Nick Merrill reportedly telling Times’ reporters that the Dunham should have gone to the police with the allegations, instead of confiding in the aides.

Hillary Clinton’s own campaign aides Schake and Elrod admitted to having heard secondhand reports about Weinstein. But one wonders, writes the Daily Beast, whether the presidential candidate was deliberately shielded from the damning evidence regarding the mogul, or her “ignorance” was of a strategic nature.

Ahead of the upcoming docuseries, Hillary Clinton gave an interview to The Hollywood Reporter , and was questioned if she had “regrets about her lengthy association with Weinstein”.

“How could we have known? He raised money for me, for the Obamas, for Democrats in general. And that at the time was something that everybody thought made sense. And of course, if all of us had known what we know now, it would have affected our behavior.” she said.

Hulu is releasing “Hillary”, its four-part documentary by filmmaker Nanette Burstein about ex-State Secretary, former First Lady and 2016 presidential candidate Hillary Clinton on 6 March, featuring extensive interviews with Clinton, as well as her husband and former President Bill Clinton, and close friends and employees of the politician. 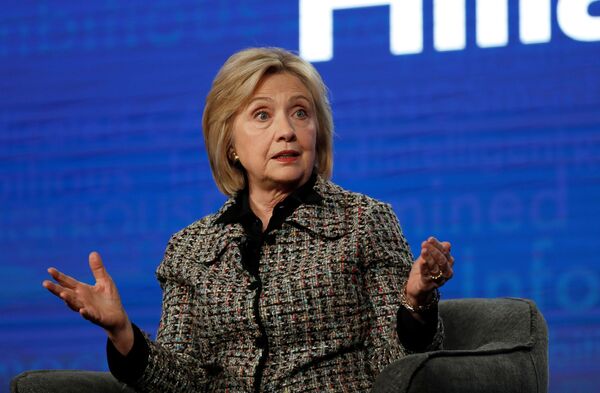 In a press release, Hulu said:

"Featuring exclusive interviews with Clinton herself, her husband former President Bill Clinton, Chelsea Clinton, staff, friends and journalists, the series offers revealing moments from never-before-seen 2016 campaign footage alongside biographical chapters of Clinton's life and seeks to examine how she became at once one of the most admired and vilified women in the world."