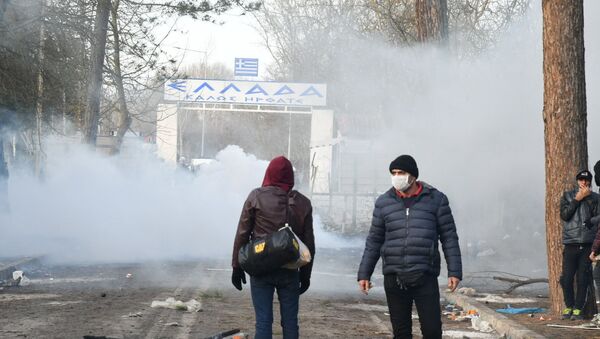 Oleg Burunov
All materialsWrite to the author
On Thursday, Turkey’s ruling AK Party spokesman Omer Celik said that Ankara was no longer able to contain the flow of refugees from Syria toward the country’s borders with Greece and Bulgaria.

The clashes took place along the Turkish-Greek border on Saturday as Greek authorities claimed that they had blocked about 4,000 refugees from "illegally" entering the EU.

There were reports of refugees hurling stones at the police officers near a border crossing in the Turkish state of Edirne, where additional security forces were deployed earlier this day. 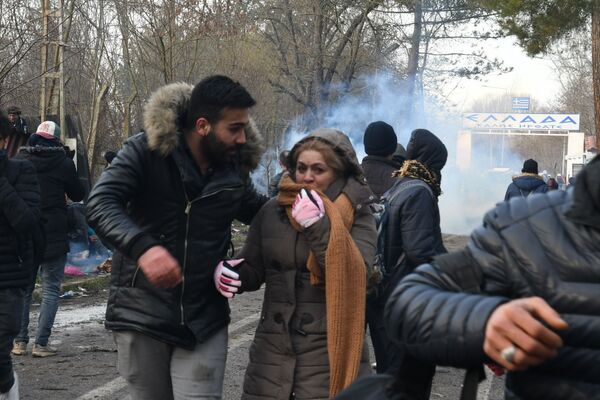 Defence Minister Nikos Panagiotopoulos told the Greek news channel that “throughout the night the security forces have prevented illegal border crossings”, and that several migrants had been arrested.

Greek government spokesman Stelios Petsas, for his part, pledged that “the government will do whatever it takes to protect its borders”.

Reuters, in turn, cited an unnamed Greek government spokesperson as saying that “they [migrants] will not enter the country”.

“They are irregular migrants, we won't let them enter. Greece has tightened the guarding of its land and sea borders to the maximum degree possible”, the spokesperson added.

Erdogan Says Turkey ‘Opened the Doors’ for Migrants to Europe

In a separate development on Saturday, Turkish President Recep Tayyip Erdogan said that his government had allowed refugees to travel to Europe from Turkey.

“What did we do yesterday? We opened the doors. We will not close those doors […] Why? Because the European Union should keep its promises”, he emphasised.

The statement comes after Omer Celik, spokesman for Turkey’s ruling AK Party, said on Thursday that even though Ankara remains committed to its policies on migrants coming from Syria, Turkish authorities can no longer stem the refugees’ inflow. 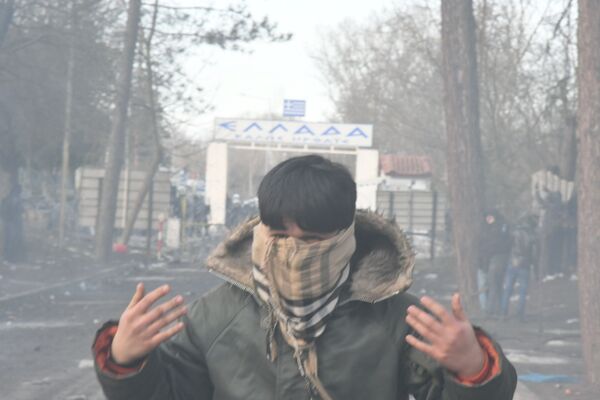 A migrant is seen near the Pazarkule checking point on the Greek-Turkish border. File photo
© Sputnik / Burcu Okutan

The announcement comes amid a rapid deterioration of the situation in Syria's Idlib province, where 33 Turkish troops were earlier killed after coming under fire from Syrian forces.

Erdogan has repeatedly criticized EU states for not doing enough to provide aid and resettlement for EU-bound migrants, in line with an agreement the two sides signed on 18 March, 2016.

According to a landmark €6 billion ($6.6 billion) deal, migrants arriving at the Greek islands are returned to Turkey if their asylum application is denied by Athens.

The agreement also states that EU countries should accept one Syrian refugee from Turkey for every returned migrant.

000000
Popular comments
The globalistic EU regime would normally welcome more Muslim chaos people on their streets in order to disintegrate nation states and exchange Europeans with young angry Muslim males and they are indeed funding NGOs that ship these hordes over the Med but the Corona thing is the main priority for now. Unless they fix that, not even their terrorist pets will survive to serve them.