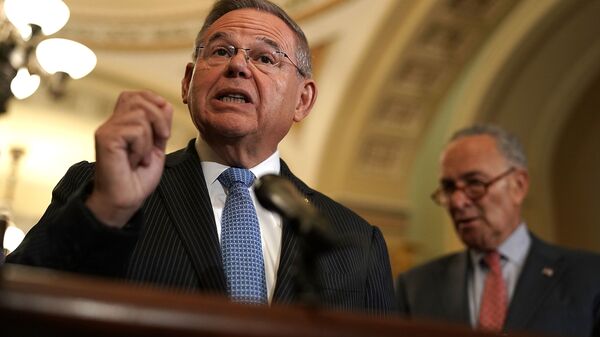 Muhammad Osman
All materialsWrite to the author
In October 2019, US media reported that the Trump administration was intending to leave the 1992 Treaty on Open Skies, considered one of the most comprehensive international agreements on military transparency.

Top Democratic Senator Bob Menendez, a ranking member of the Senate Foreign Relations Committee, and Jack Reed, member of Senate Armed Services Committee, warned the Trump administration of pulling Washington out of the Open Skies Treaty, arguing that the move would “harm both US and allied security interests,” according to a letter sent to US Secretary of State Mike Pompeo on Friday.

The Democratic leaders argue that if the US withdraws from the treaty, Russia will still be allowed to fly over US facilities in Europe, leaving Washington standing idly by without “the oversight or influence over the technical specifications of the data gathered” during the flights.

“If this administration moves forward with a precipitous unilateral withdrawal from the Treaty, the United States will be less safe and secure,” the two Senators told Pompeo in their letter.

The Senators noted that US Defense Secretary Mark Esper had last week accused Russia of "noncompliance" with the treaty and promised to consider steps to secure US interests.

Menendez and Reed called on the Trump administration to consult the Senate, arguing that, under the US constitution, “treaties are a shared responsibility between the Senate and the executive branch”.